In the human DNA found a program of aging brain 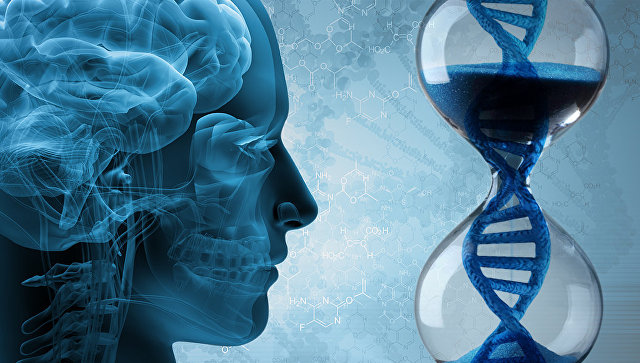 Scottish geneticists have found in human DNA an original program of brain aging that controls its development throughout life and is associated with the development of schizophrenia.

“The discovery of this genetic program has revealed a completely new way to study how human behavior is changing and how often it is affected by various brain diseases at different stages of life.The end result of all these studies can be the creation of tools that change the course of brain aging,” said Seth Grant (Seth Grant), a geneticist from the University of Edinburgh (Scotland).

In recent years, scientists have again started to argue about what is the process of aging and death of people and animals. Some biologists and evolutionists believe that this process is not accidental and that it is controlled by a kind of “death program” – a certain set of genes that makes the body grow old and die and thus give way to a new generation of their kind.

Trying to understand whether this is really so, American geneticists have recently discovered a whole set of genes potentially associated with the work of this “aging program.” Disorders in the functioning of these genes can explain why some people, as well as African rodents – naked diggers – live for several decades longer than other related species.

More recently, scientists have discovered in the brain of mice a special zone that controls the aging of the brain and the whole organism as a whole, but the very principles of its work remained a mystery for biologists at that time.

Grant and his colleagues took the first step toward discovering the mechanisms of the aging program of the brain, analyzing which genes are active in neurons and auxiliary cells of the nervous system at different stages of life.

To do this, geneticists had to analyze a huge array of data and the results of experiments accumulated over the past three decades, and highlight those genes associated with the work of the brain, whose level of activity changed in childhood, maturity and old age.

The fruit of this search was the discovery of several dozen genes and short RNA molecules, the main carriers of information within cells, the functioning of which varies greatly during the onset of maturity and old age.

These changes, as noted by scientists, affect not only neurons, but also cells of glia and other auxiliary tissues of the brain, most of them beginning at 26-30 years. At this time, as scientists note, a serious brain restructuring is underway, and many of its departments and cell types start to work differently than in their youth and childhood. These changes begin to occur earlier in the brains of men, which indicates that the brain of women aging is slower. Similar changes occur, as the authors of the article showed, in the brains of mice, of course, adjusted for the difference in the life expectancy of humans and rodents.

The similar nature of the “aging program” of the brain, as noted by geneticists, can explain why schizophrenia most often affects young people aged 25-30 years. Failures in its functioning, related to malfunctions in the genes encoding this program, can introduce serious disruptions in the work of the nervous system and generate “voices in the head” and other characteristic features of this disease.

For example, the work of the genes Atp2a2, Eef2 and Itpr1, associated with the development of Parkinson’s disease and schizophrenia, especially strongly changes with the onset of maturity. The search for DNA patches encoding a program that controls all these genes can not only help find a way to cure schizophrenia, but also slow the aging process of the brain.