In the Indian state of Maharashtra, tigers killed five people 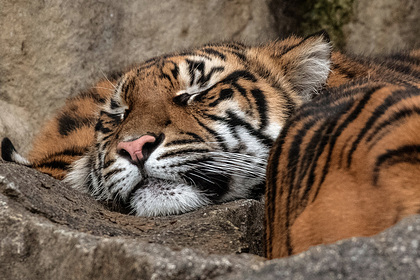 In the Indian state of Maharashtra, tigers killed five people in a matter of days. It is reported by NDTV.

The last victim of predators was a 52-year-old woman from the Gadchiroli district, who died on Friday, April 24. Five days earlier, a tiger had been bitten by a 38-year-old resident of Bhandara County, who had gone to the forest for the edible flowers of Maduka, writes New Indian Express. Although there was a husband with her, he could not save her. On April 18, animals killed a 32-year-old woman from Gondia County, and on April 16, a 40-year-old man from Gadchiroli. These dead also collected edible flowers. On April 13, a tiger tore a man near the Pencha Forest, where the tiger reserve is located.

A similar situation is observed in Madhya Pradesh. On April 17, The Times of India reported an unprecedented death toll from an attack by wild animals in the state. In three weeks, predators killed at least 13 Indians, including several children. Attacks became more frequent after the introduction of quarantine measures in the country aimed at combating the spread of the epidemic of a new coronavirus infection.

Earlier, in March, it was reported that wild animals were returning to cities that were empty due to quarantine measures to curb the spread of coronavirus infection. Cougars roam the streets of the American city of Boulder in Colorado, huge lizards fight on empty Thai beaches, and cows graze in the suburbs of New Delhi.