In the Java Sea fragments of several ships have mysteriously disappeared 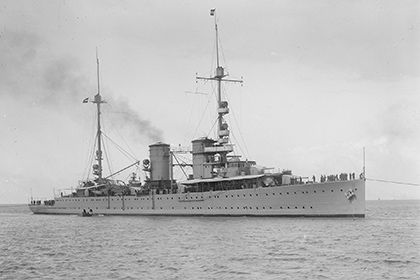 At the beginning of November the international expedition has plunged into waters of the Java Sea to find there fragments of several Dutch ships which have sunk during World War II.

The group of divers planned to place on one of them the memorable plate in honor of 75-year anniversary of his death. However on arrival to the place of flooding the expedition hasn’t found fragments of the cruisers “Reuters” and “Java” there.

“All of us have been shocked with the fact that they have just disappeared”, – the representative of the Dutch Ministry of Defence Paul Middelberg notes in CNN interview.

According to military department, earlier divers really came across fragments of the ships in this place. And what is interesting, except the Dutch cruisers in the Java Sea were gone also two British and one American ship.

The authorities of these three countries have expressed concern apropos disappearances of sea vessels which are considered as national monuments.

The Indonesian authorities in whose territorial waters there were fragments, have reported that they don’t possess information on the reasons of disappearance of the ships. Activity of marauders is considered the most probable version of the event.