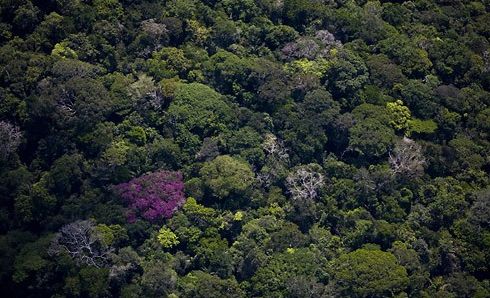 Brazilian archaeologists have discovered a large complex of archaeological sites in Central Amazonia. Scientists believe that before the arrival of Europeans, a large Native American population lived on this territory. This was reported by the portal Amazonas Noticias.

Researchers found the complex during an expedition deep into the Tefe National Park in the middle reaches of the Solimines River. Within a month, 40 specialists studied five local settlements of the pre-Columbian era. Residents of nearby villages along the banks of this Amazon tributary volunteered to help them.

“It would be incorrect to talk about one monument. According to our observations, we are talking about a whole archaeological complex, consisting of many settlements, each of which, although it could have its own history, was connected with others,” Rafael Lopez quotes Amazonas Noticias, one from the expedition members.

According to experts, the results of the work and artifacts found indicate that before the Portuguese colonialists arrived on the territory of modern Brazil in 1500, the Amazonian forests were inhabited and developed by numerous aborigines. During the excavation, scientists found funeral urns, ceramic dishes, seeds typical for the region’s crops. The age of some of them, according to preliminary estimates, can reach from 2 to 3 thousand years.

Another evidence of the existence of a developed civilization in these places, scientists believe the grove of Brazil nut, which extends from the river bank into the forest for about 400 meters. The successful breeding of these trees depends largely on human care, according to archaeobotanist Mariana Cassino. “[For the growth of a Brazil nut], you need to provide sufficient lighting, remove vines, constantly clean the grove,” she explained.

Another evidence of the developed knowledge of the Indians in the field of agriculture, researchers believe particles of humus uncharacteristic for the local places, which were found in the excavation area. “You can recognize the results of the work of people of the past in [its] creation and preservation,” said Lopez.

According to archaeologists, the population of Amazonia in the period preceding Portuguese rule could reach 10 million people. Many of these people died after contact with Europeans. “Beginning in the 17th century, when the Portuguese came to Amazonia and the colonization process began, slavery began here, civil strife and epidemics began. With the reduction of the indigenous population [the territory it had developed] it occupied the forest. As a result, in the descriptions of travelers of the 19th century this region appears as undeveloped” – reminds the scientist.