In the mountains of Switzerland found prehistoric fish 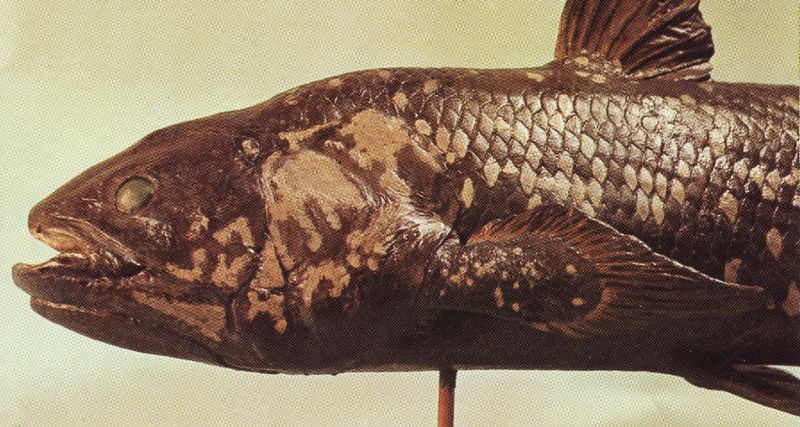 The find was made in the Alps near the city of Davos at an altitude of 2740 meters: it is a question of a distant relative of the now living in the southwest Indian Ocean and off the coast of Indonesia, the latimerians, who are called “living fossils”. Specialists were accompanied by double luck: firstly, the fossil material was well preserved, and secondly, a new kind of a detachment of Celakanta-shaped fish was discovered.

As noted by the staff of the Geneva Museum of Natural History, the find “provided valuable information on the evolution of this group of fish” and simultaneously raised questions among experts about “the mechanisms of vertebrate evolution in general”.

The remains of Celacanth were found in the mountains in the east of Switzerland by the amateur palaeontologist Kristan Obrist, who has been excavating the Alps for twenty years with the staff of the University of Zurich.
After studying the find, the scientists came to the conclusion that before them the remains of the representative of the new species are Celakanto-like, and having significant differences from their brethren. The species was named Foreia maxkuhni.

Alpine fish have an unusual head shape resembling a dome, the body is short and the mouth is very small. These anatomical features gave scientists reason to assume that it did not dwell in depth, like its relatives, but next to it in shallow water. Experts also believe that minor genetic mutations have led to serious changes in the anatomy of individuals of this species.

As noted on the website of the Museum of Natural History, the discovery of a new type of Celakantha made it possible not only to enrich the scientific knowledge of the tselakanto detachment, but also indicated “new ways and scenarios for studying the evolution process”, including the appearance of the first vertebrates on land.