In the Netherlands, the project of floating island 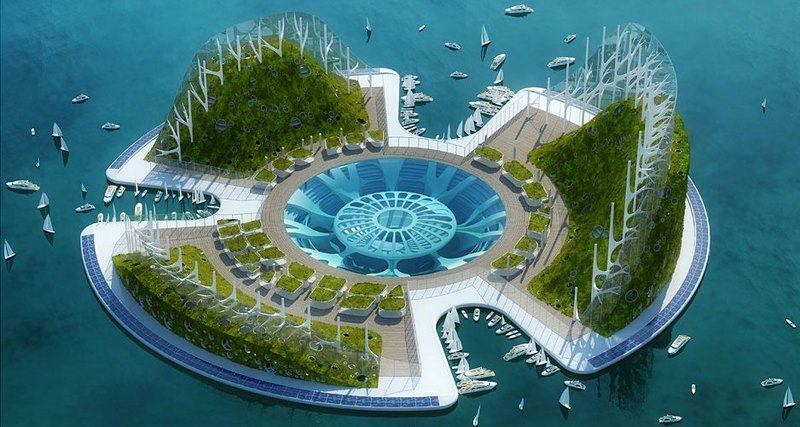 Dutch researchers today presented a model of what in twenty years will become a floating mega-island, a real city with houses, ports, farms and parks.

Created from 87 floating triangles, this huge, mobile island will be made of concrete or steel, and where each part will stretch for 1.5-2 km, occupying a total area of ​​3 square kilometers.

Since there is not enough space in the Netherlands, “some cities are beginning to consider the possibility of creating floating areas, such as floating parks on rivers,” says Olaf Vaals from the Dutch Institute of Marine Research.

A model of about six by eight meters in size is made of wood and polystyrene and exhibited in a large reservoir of water, where wind, wave and storm simulations are taking place, as a presentation for several potential investors.

Now the project is in its early stages. Future islands will be attached to the seabed, and also moored to the shore. But it will take a lot of checks to check how they will behave under different weather conditions and tidal dynamics. Also, according to plans, they will be self-sufficient in terms of energy and resources. But one of the main indicators, price, has not been determined yet.

Now the project “Space at Sea” has already received subsidies of 1.6 million euros for three years of research. “Technically, a similar project will be possible in 10-20 years,” says Vaals.