In the Netherlands, they dug up a pot of 500 medieval coins 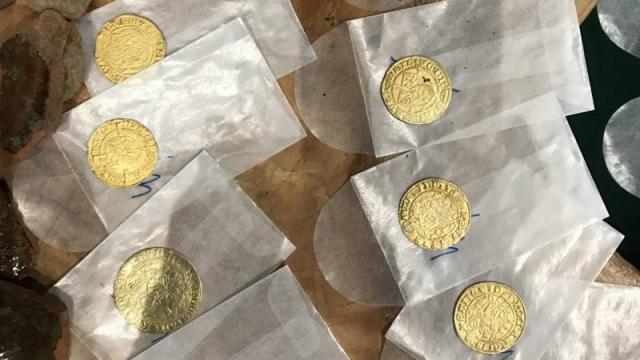 A pot containing about 500 silver and gold coins was discovered near the Dutch town of Vianen. Specialists dated the coins in the 15th century.

The pot was found by workers in the laying of a water pipe. About the find, they told the archaeologists, who found the remains of the pot. 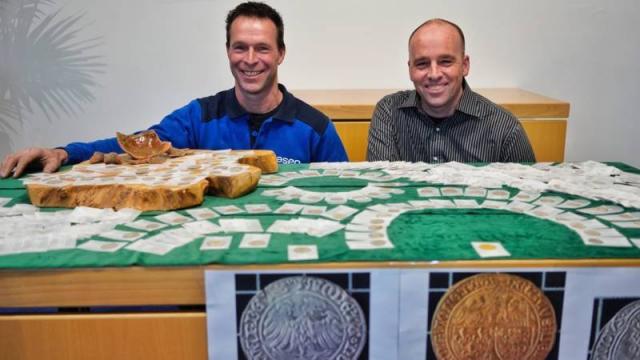 In total, 12 gold coins were found, the rest – silver. They were hidden in a clay pot for cooking. In it, the remains of the tissue were found. Probably the coins were in pouches or wrapped in clothes. 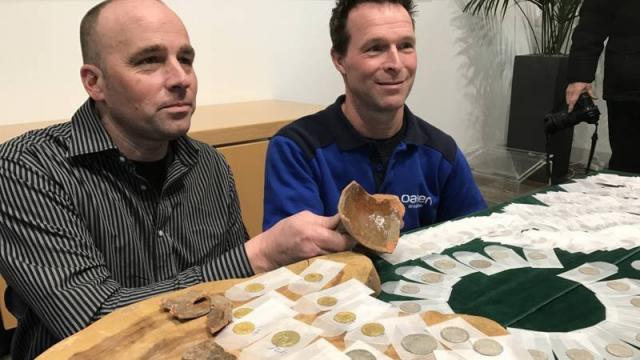 Some coins are dated 1470 – 1480 years. A number of coins depict the King of England Henry VI, Bishop of Utrecht David Burgunsky and Pope Paul II.

Coins, according to local legislation, will be the property of the company that carried out the work on water supply, and two site owners. Currently, the treasure was temporarily transferred to the municipality for research.