In the nose of a person has found an effective antibiotic 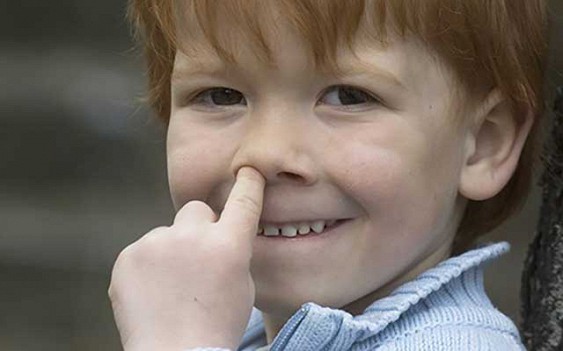 The human nose contains bacteria that produce an effective antibiotic. It found the German bacteriologist from the University of Tubingen, who wanted to determine the reasons why in the nasal cavity, only two-thirds of all people live and breed Staphylococcus aureus. The study is published in the journal Nature.

In most cases bacteria Staphylococcus aureus (Staphylococcus aureus) are harmless, but sometimes they cause dangerous diseases into, for example, in the open wound and cause sepsis. S. aureus is often found in hospitals, and one of his strains has the drug resistance to the antibiotic penicillin. Each year from superinfection caused by Staphylococcus aureus, killed up to ten thousand people.

Scientists have found that the human nose, which often settles S. aureus is an aggressive environment for the microbe. It contains other types of staphylococci, in particular, S. lugdunensis, which prevents the growth of potentially pathogenic bacteria. He succeeds thanks to the production of a substance that contains the antibiotic. The researchers were able to synthesize a compound called Lugdunum in the laboratory. Experiments have shown that it prevents the growth of colonies of S. aureus in a Petri dish, and when applied to the skin of mice eliminates rodents from infection.

The principle of operation lugdunon remains unclear. War note that Staphylococcus aureus does not develop resistance to it, even when exposed to low doses of antibiotics for 30 days.

The researchers studied the microbial population in the nose of hospitalized patients and found that 60 people are carriers of S. aureus and 17 S. lugdunensis. However, only one person these two types of microorganisms were present simultaneously, which indicates that S. lugdunensis is an enemy of Staphylococcus aureus.

If long-term use lugdunon do not cause superbugs that are resistant to treatment, this drug can prevent the decline of the era of antibiotics, predicted by many experts. Scientists, however, note that you should be skeptical of such a possibility, in the future the resistance to a new antimicrobial compound can still occur.