In the ocean, a new virus with an unusual structure 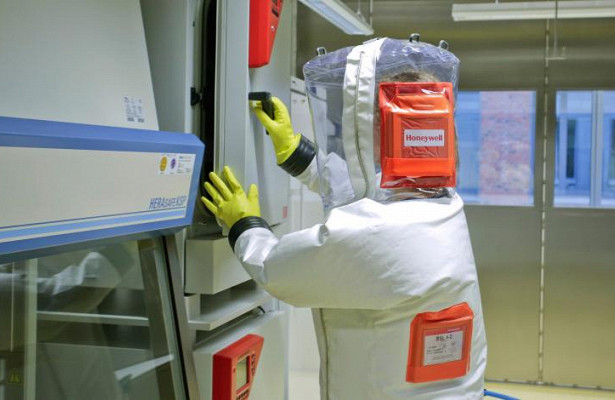 American scientists have discovered a virus that has long escaped the attention of researchers due to unusual properties. It can be widely distributed around the planet.

Viruses do not belong to living organisms – these are infectious agents that can be reproduced only within the living cells of other organisms. Today many types of viruses are described that can affect animals, plants, bacteria and archaea. Viruses that selectively affect only bacterial cells are called bacteriophages. They significantly affect the evolution of bacteria and the regulation of the number of microbial communities. Bacteriophages are the most ancient and numerous representatives of the family of viruses, and their total number on Earth is comparable to the number of all bacteria. Especially a lot of bacteriophages live in an aquatic environment.

The majority of bacteriophages, which were previously studied by scientists, had one characteristic for all the structure. They consisted of a head containing the genetic material of the virus, and a “tail”, which is usually longer than the diameter of the head in 2-4 times and which is used to infect the bacterium.

Now scientists have discovered a new virus that did not have such a “tail”. They examined the bacteria Vibrionaceae, collected in samples of water from the Bay of Massachusetts. Among the several types of viruses that infected these bacteria, scientists found eighteen viruses that were previously unknown to science. They were attributed to a new family of small spirit-stranded DNA viruses. The new virus was called Autolykiviridae, in honor of Autolikos, the hero of Greek mythology, known for being difficult to catch.

The study of the virus showed that it does not have a “tail” characteristic for other bacteriophages, and its genome is very short, only about 10,000 nucleotide pairs, while in other bacteriophages it is 40,000-50,000 pairs. In addition, it was found that Autolykiviridae killed far more Vibrionaceae bacteria than other “tail” viruses: only 10% of the total, Autolykiviridae destroyed 40% of all bacteria in the experiment.

Due to the fact that this new virus previously eluded scientists’ attention, the researchers suggested that it can be very widely distributed, and not only in the ocean depths. DNA sequences similar to the structure of the virus, scientists have already isolated from the microbiome of the human intestine. And now, according to them, it remains to find out how this virus interacts with the host organism.

“We do not yet know how they affect microbial communities in the intestines and how important they are for health. The study of the diversity of uncharacteristic bacterial DNA viruses in other ecological systems is the next important step. We also need to identify the molecular basis of the distinctive interactions of Autolykiviridae with its hosts, “the scientists write.

The study is published in the journal Nature.