In the plants they found the source of immortality 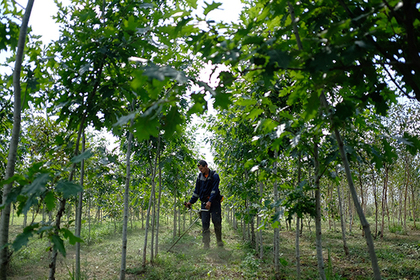 Researchers from the John Innes Research Center discovered a mechanism that allows germ cells in flowering plants to remain immortal. The article of scientists is published in the journal Nature Genetics. This is reported in a press release on the site EurekAlert !.

Germ cells transmit their genetic material to next generations, and they are not limited to the Hayflick limit, which shows how many times a somatic cell can divide, after which it dies. The germ cells give rise to gametes, which, in turn, ensure the appearance of the embryo. Embryonic cells divide and differentiate, forming tissues and organs of plants, as well as new germ cells.

It was believed that plant cells are reprogrammed each time with the help of epigenetic factors – molecules that change the activity of genes without introducing mutations into the DNA. However, there was no evidence that this process was actually taking place.

Researchers have shown that in the embryonic cells of the plant Arabidopsis thaliana, methylation takes place, in which the methyl group is attached to the cytosine in the CpG-dinucleotide-a region of DNA consisting of cytosine and guanine. In this case, reprogramming in each generation proceeds anew, although it is known that in plants the epigenetic settings can be preserved in offspring. According to scientists, updating the gene regulation system is an important condition for the stable functioning of germ cells.