In the Russian North will restore the habitat of mammoths 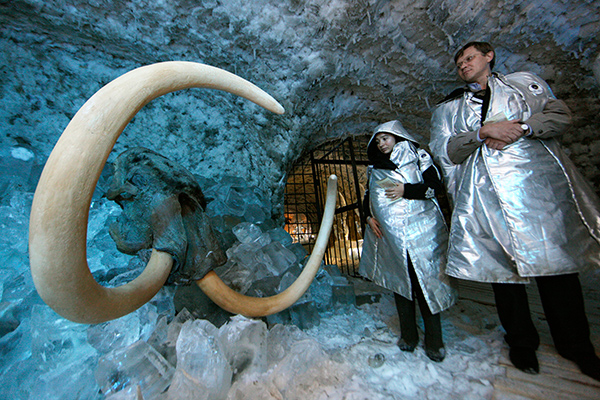 In the North-East of Yakutia, located in the Arctic circle town of Cherskiy is one of the most unusual research facilities in the world — Pleistocene Park. The main and quite ambitious goal of the reserve — the restoration of the ecosystem of the mammoth steppe, for what existed 10 thousand years ago, before the last glaciation, when we lived ancient extinct elephant.

In the late Pleistocene, which ended about 10 thousand years ago, in present-day tundra was a mammoth steppe-tundra. There lived many animals. As shown by paleontological data, even in the cold periods, each square kilometer of the tundra had about 10 tons of animal biomass.

This means that on a relatively small area at a time could get on one mammoth, five buffaloes, six horses and ten deer. Such a high density of large animals suggests that tundra was mostly covered need for an active grazing grasses, not shrubs and trees. On the other hand, it is the larger animals in the harsh climate provided the grass with essential nutrients.

The ecosystem of the mammoth steppe, according to various estimates, have existed for 2.5 million years and had a decisive impact on the climate of the planet. In particular, the soils of the tundra found in periods of global cooling absorbed carbon, which, when it was warming again into the atmosphere. High speed circulation of the biomass in the mammoth steppes were not allowed to zavolakivaya soils and, consequently, limits the release of methane, one of greenhouse gases in the Earth’s atmosphere.

To date, the mammoth steppes almost nothing left.

Why disappeared the tundra? Call the different reasons, but one of the human impact.

Indirect evidence of the coincidence of the mass extinction of animals and the beginning of the active expansion of human accompanied, which is confirmed by anthropological data, hunting for large animals. Steppe-tundra could not resist the human invasion. On the biological productivity of the steppe-tundra can be compared with the African Savannah, but there is ancient man did not have time to deploy such a flurry of activity both in the North of the planet. 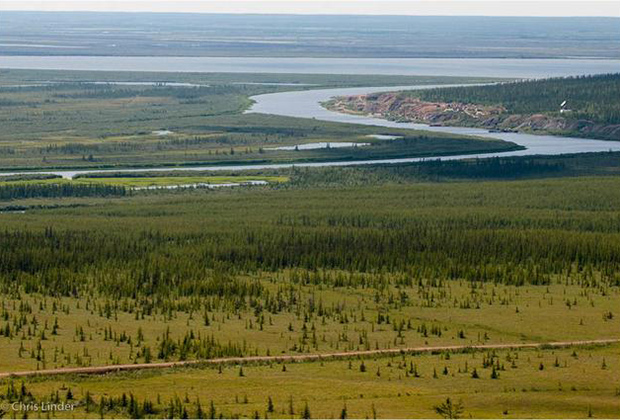 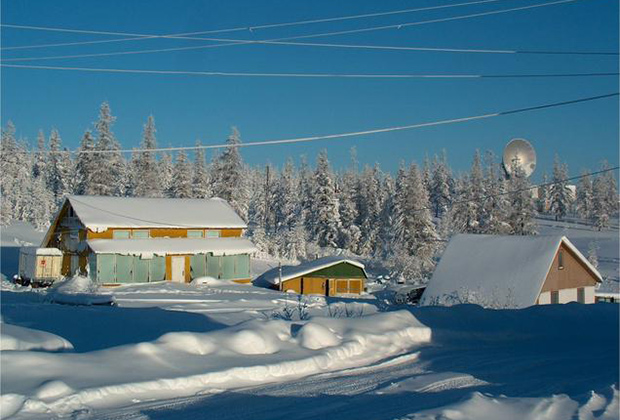 On the site of Pleistocene Park

“The tundra is most likely the result of human impact on nature, and grassland ecosystem, in which man appeared, our genetic homeland, disappeared completely,” — said in October 2016 in an interview with the special edition of the International investment forum “Sochi-2016” the ecologist Sergey Zimov, Director of the North-East scientific station of Russian Academy of Sciences, senior researcher of Pacific Institute of geography far Eastern branch of the Russian Academy of Sciences.

The Russian scientists propose to restore the ecosystem of the mammoth steppe. This requires limited area to create favorable conditions to maintain high numbers of large animals.

Pleistocene Park is the first step on the way.

In 1996 on an area of 50 hectares brought the first animals Yakutian semi wild horses and elk. In 2005, the Park was expanded to 1.6 thousand hectares, was brought back home and wild deer. All these animals live in the Russian Arctic. 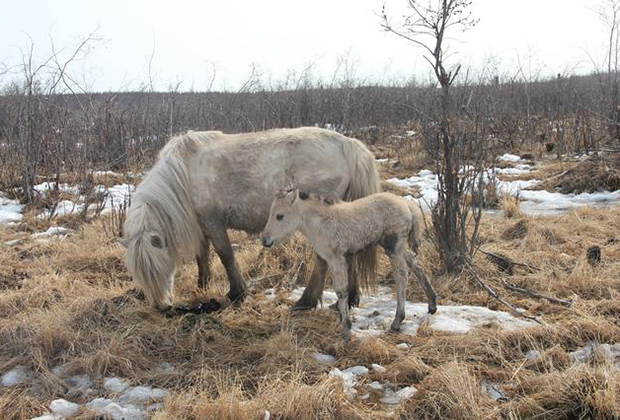 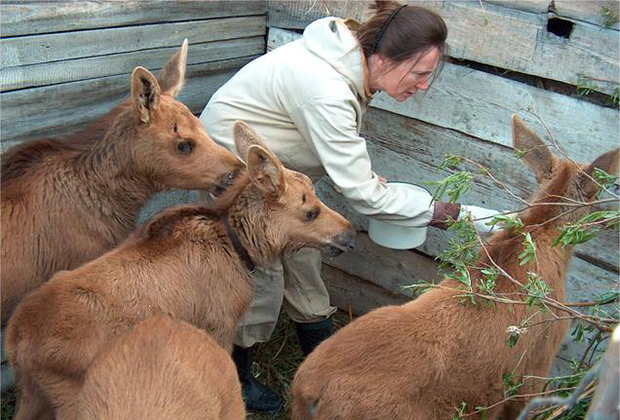 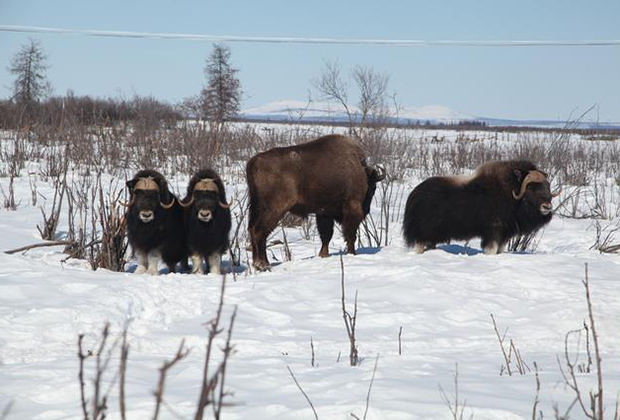 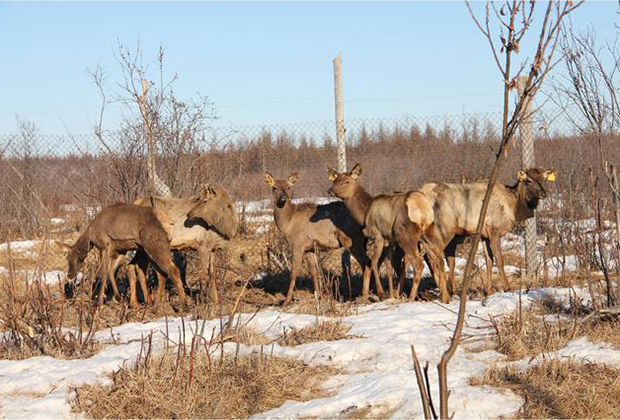 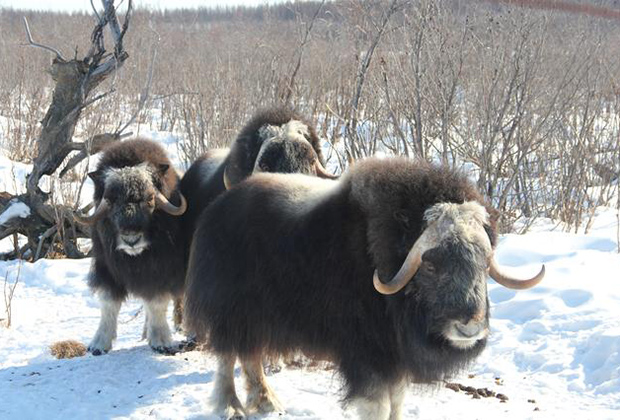 To enhance biodiversity scientists decided to be introduced into Pleistocene Park modern analogues of those the animals who lived here several thousand years ago, in the conditions of the tundra. In 2010 from Wrangel island brought the musk oxen, a year stags with the Altai mountains, and bison from Prioksko-Terrasny nature reserve. It is noteworthy that on Wrangel island muskoxen was reintroduction from North America, in the 1970s.

The plans included scientists introduction at Pleistocene Park bison from North America. After adaptation of animals released into natural conditions. Soil erosion occurring because of global warming, reveals the surface of the mammoth steppe, which is 10 times more fertile modern tundra and settlement of such areas large animals will prevent them waterlogging.

Experts Pleistocene Park are serious about cloning mammoths, it is possible, if you can recover the DNA of these ancient animals.

“Our goal by the time to prepare the ecosystem. Mammoths would immediately kill the tundra. Grazing horses, rhinos, Buffalo and, of course, the mammoths will lead to the rapid disappearance of the tundra, as it never was, and all these lands were inhabited by herbivores. Thousands of years man fought with grazing ecosystems, they were the main enemy of agriculture. Now the task is to domesticate the ecosystem,” says Zimov.