In the Siberian Arctic may appear green oases 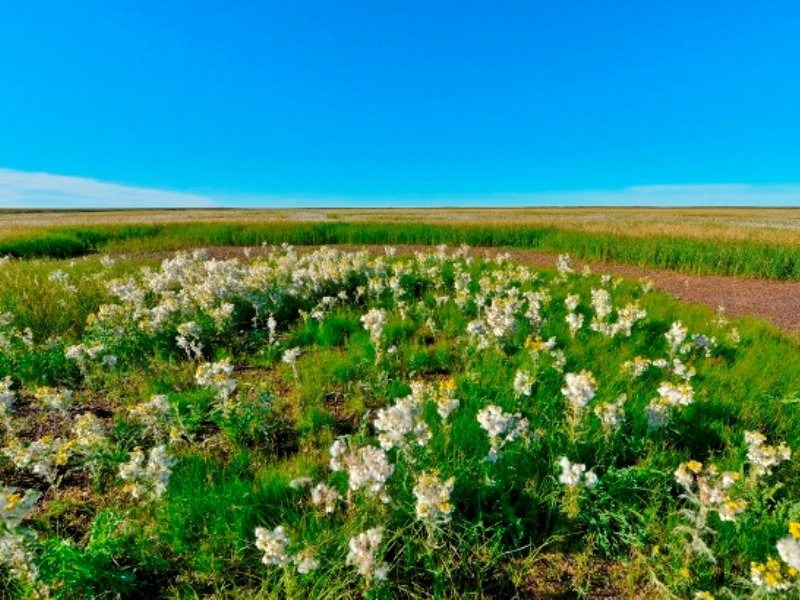 The melting of permafrost and the erosion of coastal soils contribute to the escape of water from the lakes of the Siberian Arctic. On the site of the lakes there are dehydrated hollows – the so-called Hasyrei. In their bottom sediments accumulate huge reserves of minerals that feed plants. Therefore, after draining the reservoir, a “flash of life” is observed here – oases are formed with shrubby meadow vegetation. Studying the processes of the appearance of oases, in the near future one can learn how to grow vegetables and fodder crops in conditions of severe climate, say scientists of Tomsk State University on their site.

Employees of the BioKlimland Center of TSU are sure that the potential of northern ecosystems is underestimated. Yes, there is a long frosty period and a short summer, but the total amount of solar radiation in June and July in the Far North differs little from the southern steppe zone. And the main reason for agronomic inefficiency, according to scientists, lies in the inability of soils to retain useful substances – they are abundant precipitation and winds are washed into rivers. In such a situation, artificially created conditions can become a way out: to copy from nature the mechanism of accumulation of mineral elements and to keep them in the soil. And to adopt the natural experience just help the hasyrey.

The scientific specialists of the center are studying the Hasyreyites in the Yamal-Nenets Autonomous District. As they say, it is now important to identify the factors that contribute to their high productivity, and to understand how quickly it decreases in time, that is, to assess the dynamics of changes in nutrient content in soils. For this purpose, scientists conduct fieldwork to study the biogeochemistry of basins of different ages, beginning with the moment when the water left the lake. The age of the Hasyrians is determined by the space images taken over the past 40 years.

In addition, researchers want to study paleoecological data to understand how in the pre-Galenian era in such a tough climate there were productive pastures on which mammoths were feeding. Having clarified all these points, it will be possible to develop measures aimed at maintaining the productive ecosystems of the polar regions, creating new soil remediation technologies and cultivating useful crops.