In the south of Egypt, discovered the tomb of the Ptolemaic era 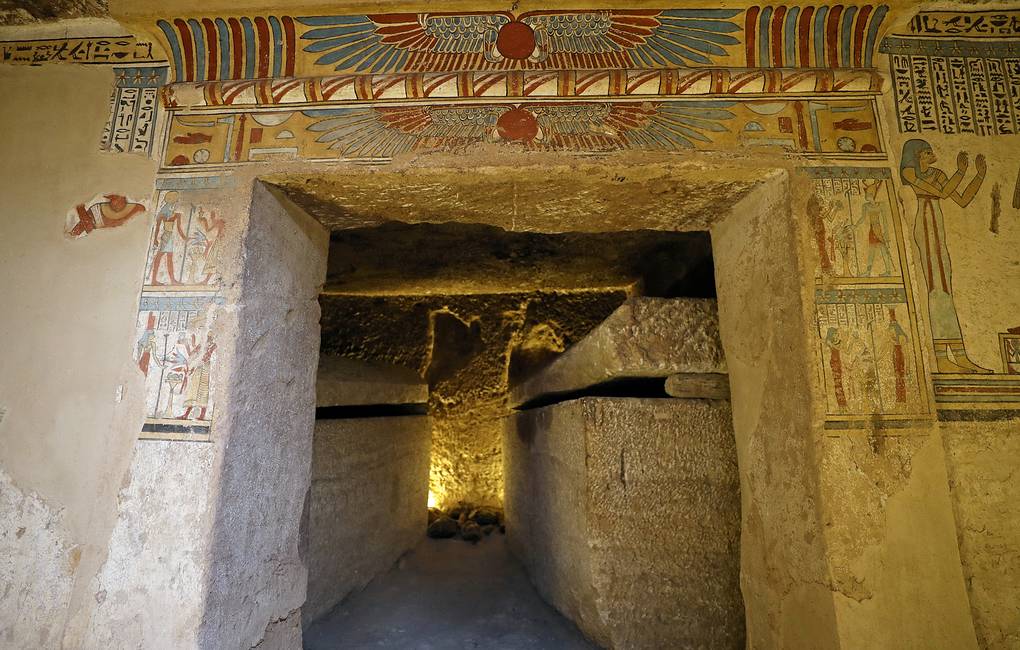 The tomb of the Ptolemaic era (IV-I century BC) with well-preserved wall paintings and untouched numerous animal mummies was discovered in the province of Sohag in southern Egypt. This was reported on Friday by the Egyptian Ministry of Antiquities.

“This is one of the most amazing discoveries in this area,” Mustafa Vaziri, secretary general of the Supreme Council for Antiquities of Egypt, told reporters. According to him, well-preserved wall paintings with scenes from the life of the gods, even after two millennia, have not lost the brightness of colors.

The underground tomb with numerous internal premises, according to experts, belonged to a high-ranking official of that era named Tutu. Presumably, his mummy was found in one of the crypts. In the tomb there are two sarcophagi, and, according to scientists, the second was intended for his wife. But the crypt was empty, no other human mummies were found in the burial.

In addition, archaeologists have found an “unprecedented” collection of mummies of mice, falcons and cats – more than 50 copies.