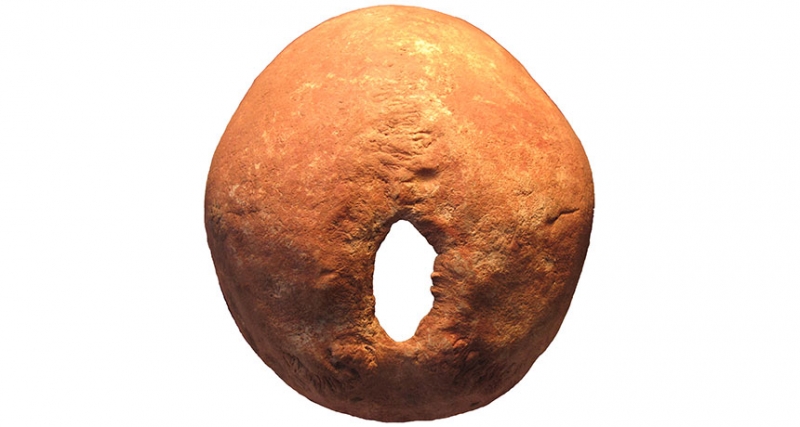 Anthropologist Julia Gresky of the German archaeological Institute in Berlin in an interview told the details of the unique discovery made by international team of scientists in the South of Russia: 13 ancient skull with traces of trepanation.

Skull found on the territory of the Stavropol region, Kabardino-Balkaria and in the region of Rostov-on-don, from 4000 to 6000 years. At the disposal of scientists there were six male skulls, six female and in one case, the floor failed to install. The age at which these people died, varies from 14-16 up to 50-69 years. The age at which they had surgery from teenage to old.

“They differ from other similar finds, however, that the hole is always located in the same place: in the middle of the back of his head,” – said Greski. Healing after surgery no only two turtles, this means that basically the operation was conducted with life and people from it do not die. “The survival of the people after these operations is amazing. Ancient surgeons knew what they were doing, “said the anthropologist.

Gresky and her colleagues found that trepanation was carried out by one of two methods: curettage, in which the skull bone scraped with a sharp tool, while it is not a hole, and then cutting it. Curettage is a more secure method than cutting, and after it the patient did survive are more likely noted Greski. Eight of the 13 skulls had healed well, three – not two – not healed.

“When vystraivanii process is slower, the surgeon sees when to stop. Get could clean a freshly cleaved piece of flint that helped bring in less than the wound of bacteria. Maybe surgeons also used plant with anti-inflammatory properties”, – said the Agency interlocutor.

However, she believes that the operation was not overly painful: pain was felt when the surgeon cut the skin – there are nerve endings, while the scraping or cutting the bone was no longer so sensitive. If the patient has survived the first weeks and months after surgery, he did not develop inflammation and wounds healed, the hole in the skull was delayed by the skin and formed scar tissue.

“In our case, all the holes were made on the back of his head, where they can cover up the hair, and maybe they weren’t even there. So, if a person survived after such an operation, then the hole in the skull gave him considerable inconvenience, if not too long,” said Greska. The biggest hole discovered by scientists, oval shape, about nine inches in length and about 4.5 cm wide, the smallest is about 2.5 cm in diameter.

Consensus on about why ancient people did craniotomy, no. It is known that in some cases the operation was carried out because of an injury: ancient surgeon tried to remove a bone fragment from a fractured skull to relieve pressure on the brain. This practice is known in modern aboriginal tribe of Kisii in Kenya.

However, in the study of Gresky and her colleagues the same arrangement of holes and no traces of injuries, which could require surgical intervention, has led scientists to suggest that trepanation could be done in some ritual purposes.

If so, then the found skull could belong to people from the highest stratum of ancient society, maybe shamans. “Maybe it has something to do with the division of society into groups, so they emphasized their belonging to one of them” – suggests Greski.

“Such cases are known to us in Bulgaria and Hungary in the Middle ages, where trepanation was originally conducted for people from privileged strata of society, and then it became so popular that it spread among ordinary people”, – said the anthropologist.

In research took part the specialists of the Institute of arid zones southern scientific center Russian Academy of Sciences, the egyptologic research Centre of RAS, GUP Nasledie” of the Ministry of culture of Stavropol Krai, of the research Institute and Museum of anthropology Moscow state University.