In the stem cells, aging genes 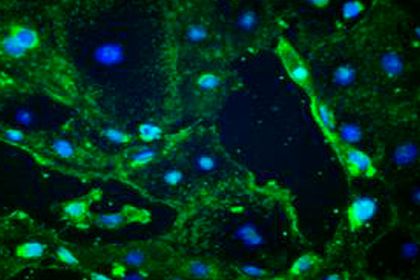 An international group of scientists identified a group of genes and gene switches, mutations in which promote accelerated aging of the brain.

Cells in the central nervous system are constantly dying, and new neurons are formed as a result of the division of stem cells. With age, the condition of the latter worsens due to changes in the activity of specific DNA. The researchers found in mice more than 250 genes that were associated with aging. Thus, the Dbx2 gene in older animals became more active, and other genes were disconnected.

Scientists have increased the activity of Dbx2 in young stem cells of the brain, which contributed to the appearance of signs of accelerated aging. As a result, the growth of stem cells slowed down. In addition, biologists have identified changes in the regulatory system, consisting of epigenetic factors – molecules that include and turn off certain areas of DNA.

According to the researchers, an understanding of how the aging process affects the brain of rodents will help develop methods for detecting a decline in stem cell activity. In turn, this will contribute to the emergence of new approaches to the treatment of diseases such as senile dementia. Scientists believe that in the future it will be possible to update the regulatory network and suppress the activity of aging-related genes.