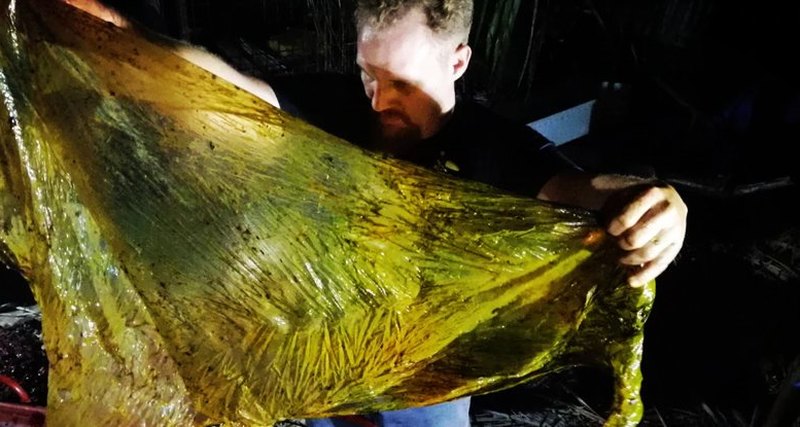 A marine biologist found a whale in a fishing village who died a horrible death. The animal’s stomach was filled to capacity with plastic waste.

By the time the marine biologist Daryl Blatchli had arrived at a fishing village on the Philippine island of Mindanao, it was already late. The corpse of a 4.5-meter animal swam in the water, and the current lazily carried the blood into the ocean, which the whale vomited before dying. There were clear signs of dehydration and exhaustion, but an autopsy revealed far more terrible details. A total of 40 kilograms of waste was found in the stomach of a whale — food bags, plastic garbage bags, waste of banana plantations, and as many as 16 packs of rice. 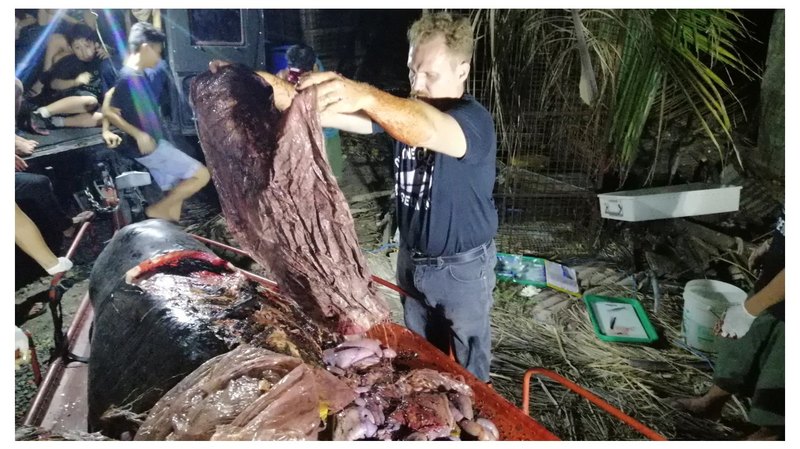 The body of the whale desperately tried to digest it all to protect itself, so the plastic even began to calcify. According to Daryl himself, this is the largest amount of plastic that he has ever seen in an animal’s alimentary tract. He explained that cetaceans (from whales and dolphins to porpoises) do not drink directly from the ocean, but absorb fresh water through food. National Geographic reports that by 2016, more than 30 whales with intestines clogged with debris had washed over to European beaches. Since then, plastic waste has been increasingly found in the stomachs of dead seabirds and whales.

Plastic debris interferes with the animal’s normal digestion of food and occupies the free space of the stomach and intestines, so that as a result, the creature that swallows it slowly dies from exhaustion and severe pain. Perhaps, if we do not take emergency measures to clean sea water from debris, in the near future we will see a drastic reduction in representatives of known species of oceanic fauna.