In the stomach of the prehistoric hyena found human teeth 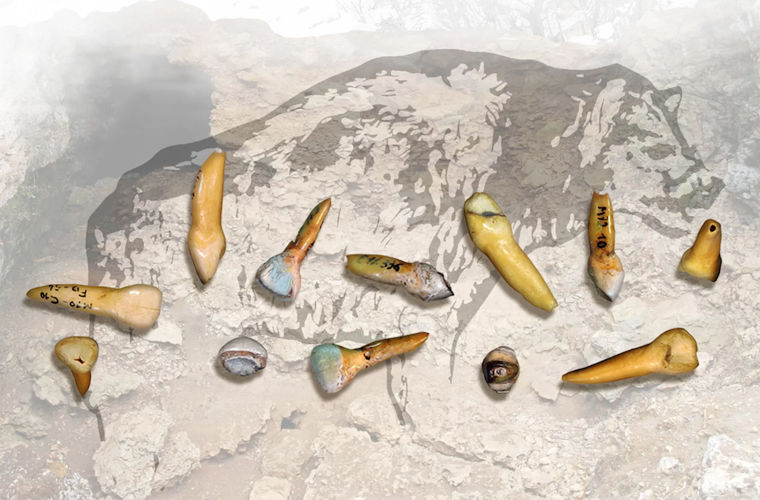 About 65,000 years ago, a large predator, probably a cave hyena, ate the face of a dead Neanderthal man. The beast partially digested the two hominin’s teeth before regurgitating them.

The find refuted previous analyzes of dental remains, which were believed to belong to deer. The reason for the confusion is simple: when a large predator partially digests teeth, their shape changes, making it difficult to determine their belonging.

In the cave explored by the archaeologists, once there was a hunting ground. Neanderthals slaughtered there mined animals. Anthropologists during the study of the area found about 17 000 deer bones, as well as the remains of horses and bisons.

In addition to them, Neanderthals bones were found, on which traces of violent death were found. Everything spoke of cannibalism or a tragic incident. In any case, the two teeth of the unfortunate Neanderthal man were in the stomach of a carnivorous beast, which at that time could be the most dangerous predator in Europe.

The find helped uncover “new cases of human-carnivorous interaction in the Paleolithic”, which is an important discovery, as humans and animals “compete for the same food, habitats and resources,” scientists say.