In the tomb of Tutankhamun did not find secret rooms 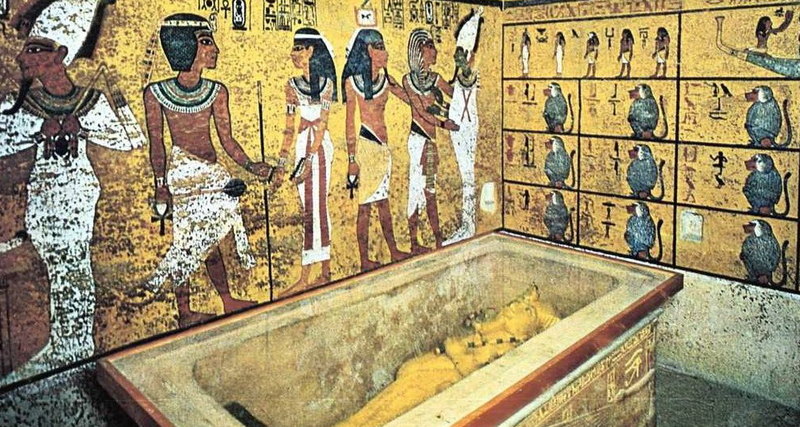 Italian scientists who conducted the third study of the tomb of Pharaoh Tutankhamun in the vicinity of Luxor, did not find any secret rooms in the tomb of the ancient ruler, the Egyptian Ministry of Antiquities reported.

“The results of high-precision geophysical research confirm that there are no hidden internal or adjacent to Tutankhamun’s tomb,” the statement said.

Moreover, experts have not been able to detect even signs of secret passages, stairs or doorways.

The decision to conduct a third study of the burial vault was taken at an international scientific conference in Cairo in 2016. It was to put an end to the controversy about the possible presence in the walls of the tomb of hidden premises in which the burial of Queen Nefertiti could be located. The theory of the buried burial of the great wife of the pharaoh was put forward by the British archaeologist Nicolas Reeves.

According to Reeves, he, studying a three-dimensional copy of the tomb of Tutankhamun and wondering why her original is much smaller than the tombs of other ancient Egyptian kings, for a number of facts came to the conclusion that this tomb was originally intended for the queen, and not for the king.

To use it for the burial of the pharaoh was due to the sudden death of Tutankhamun and the absence of another suitable place for the tomb. The scientist suggested testing his theory with the help of a radar, which makes it easy to detect possible voids behind the walls of the tomb.

This proposal was made by the then-Minister of Egypt for Antiquities of Egypt Mamdouh al-Damati. Studies were conducted, and the Ministry of Antiquities of Egypt reported that behind one of the walls of the tomb there could be two rooms. In addition, the study showed the presence behind the wall of objects of organic origin, possibly bones or wood, as well as others – from metal.

Reeves suggested continuing the investigation and making a hole in the wall of the tomb to prove the results obtained with the help of the radar. However, the current minister, Khaled al-Annani, refused to conduct any research that could damage this priceless monument. It was decided to conduct a third, additional study using radar.

Almost untouched by the robbers Tutankhamun’s tomb was discovered by archaeologist Howard Carter in 1922. This find has become one of the main sensations in Egyptology. Nefertiti, who is considered the adoptive mother of Tutankhamun and the wife of Pharaoh Akhenaten, was one of the most influential and beautiful women of her time. Scientists, however, still have not been able to unravel the riddle of the queen’s resting place.