In the U.S. created a magnet more powerful than the magnetic field of the Earth 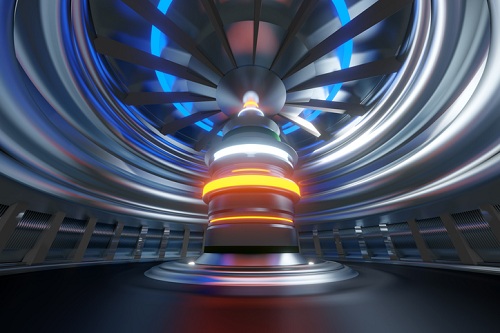 General Atomics specialists have completed the assembly of the central solenoid – the most powerful magnet, one of the main components of the international fusion reactor ITER, whose construction was officially launched in France last year. This was announced by the ITER Project Press Service.

“The preparation and shipment of the first module of the ITER central solenoid will be one of the most important steps towards controlled fusion. In addition, its assembly has once again confirmed that scientists and engineers from the United States are capable of creating very large and powerful superconducting magnets,” said Michael Mowell, professor at Columbia University in New York, USA.

The central solenoid of ITER is the largest magnet that will be used in the prototype fusion power plant. It consists of six modules, whose combined mass is about a thousand tons and whose height and width are 18 and 4.2 meters.

The device will be used within ITER to stabilize the cord of plasma that emerges during the operation of the installation, as well as to control the process of fusion. According to the current estimates of U.S. engineers, the magnet they created is capable of producing fields of 13 tesla, which is about 300,000 times greater than the strength of the Earth’s magnetic field.

The first unit of the central solenoid was recently fully tested and prepared for shipment from the U.S. to the French research center Cadarache, where ITER is currently under construction. The second unit will be shipped to France in August, and the remaining magnet components will be delivered to the site in the following months as they are completed and tested.

The ITER project is based on an international agreement between China, the EU, India, Japan, the Republic of Korea, Russia, and the United States. The reactor is based on the tokamak facility developed by Soviet and Russian scientists, which is considered the most promising device for performing controlled thermonuclear fusion. The goal of the project is to demonstrate that fusion energy can be used on an industrial scale.

ITER can be compared in scale to such projects as the International Space Station and the Large Hadron Collider. The Russian side has been tasked with manufacturing and supplying 25 high-tech systems of the future facility, some of which have already been delivered to France. The assembly of all these components is expected to be completed by 2025, when ITER participants expect to receive the first plasma, which will confirm the operability of fusion reactors in practice.