In the UAE, divers extracted 1.5 tons of garbage from the depths of the sea 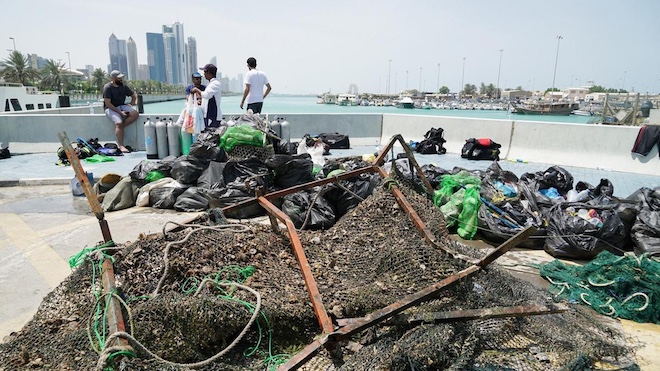 In the UAE, divers extracted 1.5 tons of garbage from the depths of the sea. In the piles raised from the bottom of the waste, plastic bottles, tin cans, plastic containers for food storage and construction waste prevail. The picturesque garbage “installation” was placed in the luxurious exteriors of the capital of Abu Dhabi.

During the action, the bottom was cleared of debris, which could have a negative impact on marine life. On the threat could be a species diversity of coastal waters, as well as fisheries. The main goal of the event is to show citizens of the UAE and tourists how important it is to protect the environment in the country.

The pollution of the oceans is a hot topic due to its scale and danger. So, in March it was found out that the famous “garbage island” in the Pacific Ocean has significantly increased in size over the past 30 years. A diver who dived in Bali, filmed a shocking video – instead of algae and fish surrounded by plastic bags, packs of chips and disposable dishes.