In the United States, artificial meat has been created, which does not differ in taste from the present 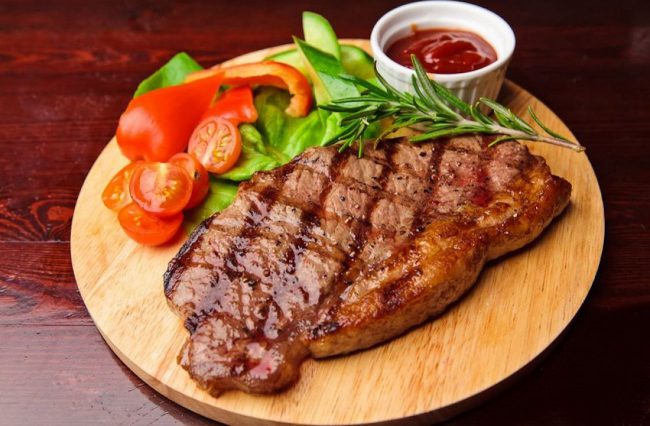 The food industry has made great strides in recent years. Thanks to the work of scientists from around the world, almost any product can be synthesized. The only thing that can not be done at the moment is to create inexpensive artificial meat. It turns out either cheap and tasteless, or tasty, but expensive. Perhaps the company Impossible Foods has approached the creation of “real” artificial meat. According to the authors, their meat “is not inferior to the present in taste sensations”.

Impossible Foods specialists are sure that the uniqueness of the “meat” taste lies in a special set of proteins, the main one being gem. It gives the meat its unique color, taste, and can also be found in the blood in the composition of hemoglobin (oxygen carrier) and in muscle fibers as a component of myoglobin. And heme is found not only in animals, but also in plant organisms, from where it can be successfully isolated. However, there is one problem: the percentage of heme in plants is several thousand times lower than in animal tissues. But scientists from Impossible Foods found a solution: the gene responsible for the production of heme in the plants was extracted and “transplanted” to the yeast culture of pichia pastoris, which can successfully synthesize it in the required quantities. But that’s not all! Specialists Impossible Foods also managed to synthesize and smell meat.

“To create an odor, we use the method of gas mass spectrometry. We fry a piece of real meat and fix the smell. Then all the molecules responsible for this aroma are analyzed. Thus, we get a kind of “mold smells” of different types of meat. ”

Well, the last thing that is necessary to create artificial meat – the correct structure. For this, a number of vegetable proteins are also used. For example, the protein of wheat gives the necessary viscidity and density to meat, and thanks to starch, the meat hardens during roasting. Now the company Impossible Foods has already opened a plant in the US and plans to produce about one million units of finished products a year.