In the United States, attacks on humans have increased 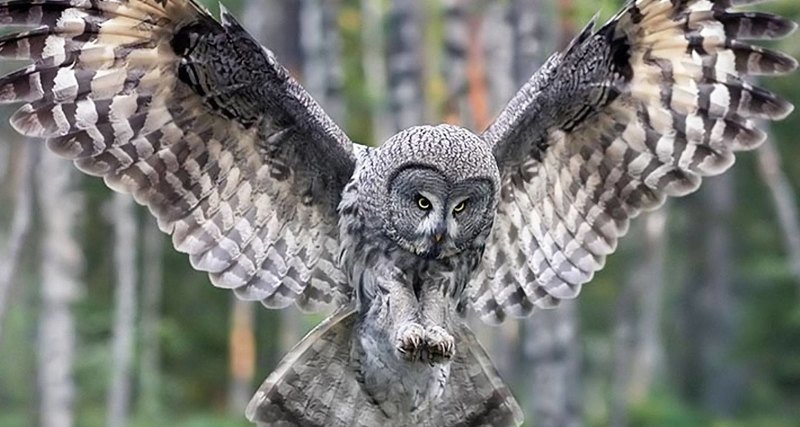 Increased attacks of owls on people – the result of severe frosts, experts say.

Over the past few weeks in Atlanta (Georgia) and the suburbs, three cases of an owl attack on people have been recorded. Birds dive on people grabbing their heads and shoulders, leaving scratches, sometimes serious, tells the TV channel WSB-TV.

Owls attacked people before, but very rarely; three cases in one area in one winter – that’s a lot, scientists believe. Perhaps the cause of the owls’ aggression is an unusually cold winter, said Geological Survey researcher Susan Haig.

“I am sure that because of the cold, a significant part of the usual production of nocturnal birds of prey, rats and mice, perished. From the hunger of an owl they decide to attack larger targets, including people, “the scientist explains.

This winter, owls also attacked dogs, especially small ones. The last case occurred on December 23; the victim of the bird was an adult Yorkshire terrier. Owl managed to drive away, but the dog died from injuries in the veterinary clinic.

With the assumption of Susan Hague, the director of the Society for the Protection of Animals of Atlanta, Adam Bethuel, agrees. “Most of the owl-first-year does not survive until the end of winter, because they only learn to hunt. The cold could make the situation of young owls particularly difficult and force them to risk attacking pets and people. ” Perhaps, the upcoming marriage season is also to blame: the excess of sex hormones in the blood of owls-males can cause owls especially fiercely to defend their territory; Perhaps the victims of recent attacks were too close to the nests of birds, Bethuel believes.