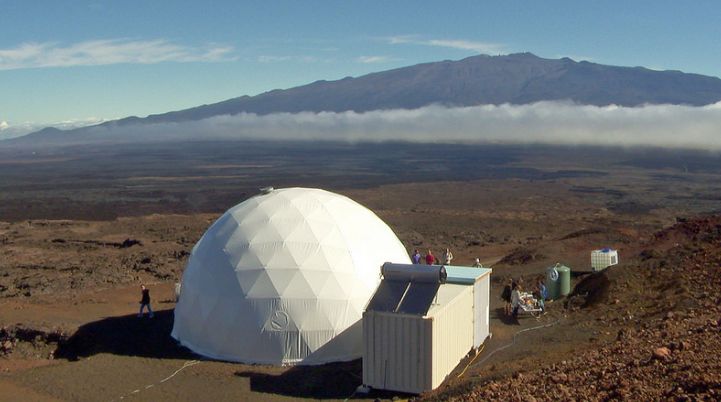 American scientists announced the launch of a year-long isolation experiment HI-SEAS, in which six volunteers will spend eight months in isolation on the slopes of Mauna Loa to simulate life on Mars.

Experiment HI-SEAS different from many of the insulation research, including the Russian “Mars-500” and a joint project of NASA and the Institute of biomedical problems of RAS, the fact that the members of his “crew” do not simulate a flight to Mars or the moon, and life on the surface in a permanent database. Project participants can leave the base at any time, however, they will have to wear a suit.

Life on the base, it tells the press service of the University, as close as possible to Martian — there is a 20-minute delay in communications with “Earth”, the participants of the expedition received water and food only once every few months, and observe all safety measures that can be applied when the database is created by NASA on Mars.

This project is sponsored by NASA for five years, and there have been four expedition to Mars, which lasted from several months to a year. The last such experiment was completed in August 2016, and the current experiment began in late February.

It involved four men and two girls who agree to spend in complete isolation from the rest world for eight months. Among them are professional scientists — a biologist, an engineer, a rocket and a specialist in space exploration, and simple volunteers from Google programmer, an engineer from the Boeing company and the writer.

During the current expedition, the researchers plan to focus on Autonomous life on Mars and research the surface of the red planet. The results of these experiments, as I hope NASA will help you to prepare for the creation of a real base on Mars or the moon.