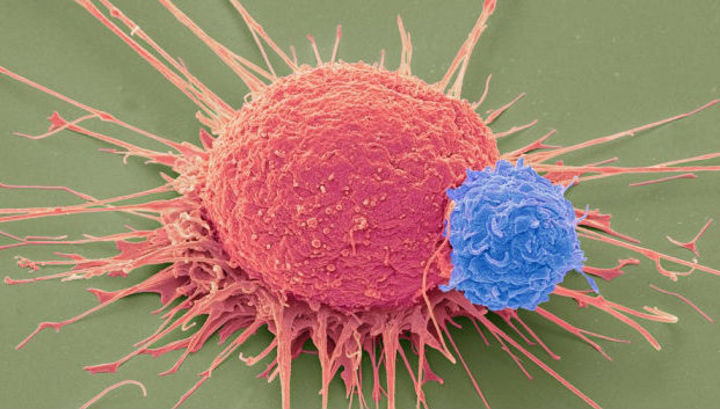 CRISPR technology for genome editing that literally stormed biomedical science, finally coming to what will be tested on humans. June 21, 2016 the Advisory Committee at the National Institute of health (NIH) approved the proposal to use CRISPR/Cas9 to improve cancer treatments by bringing to the studies of T-lymphocytes of the patient.

However, before the start of clinical trials, scientists must also obtain approval from Management on sanitary inspection behind quality of foodstuff and medicines of the USA and medical centers, where research will be conducted.

The essence of the “modified” treatment proposed by researchers from the University of Pennsylvania, is that they will extract cells of a patient and then genetically “edited” using CRISPR. After the modified T-cells will again enter in the human body, where cells can attack the tumor. Thus, manipulation can help the body itself to overcome disease.

“Cellular therapy of cancer is a promising method, but most people who received this treatment, had a relapse of the disease,” says Edward Stadtmauer (Edward Stadtmauer), a doctor from the University of Pennsylvania. – Edit genes can improve this therapy and to address some vulnerabilities of the immune system”.

The first human trial will not be huge, it is intended only to determine whether the CRISPR technology is safe for use on humans. Researchers will receive funding in the amount of 250 million U.S. dollars from the Fund immunotherapy, created in April last year President of Facebook Sean Parker.

Employees of the University of Pennsylvania will produce a modified (edited) cells and attract volunteers for treatment (along with centers in California and Texas).

What’s going to make the experiment? The researchers extracted T-lymphocytes in patients with melanoma, sarcoma or myeloma and they will be editing through the CRISPR technology.

One change will allow you to add a gene required for production of the protein, designed for the detection of cancer cells and the study of T-lymphocytes targeting them.

During the second edit will be extracted natural protein T-lymphocyte, which can interfere in this process.

The last change is protective: the scientists removed the gene responsible for the production of a protein that produces cancerous cells information about what T-lymphocytes is the immune cells. The researchers thus prevent the “shutdown” of T-lymphocytes cancer cells.

Then after all the procedures, the scientists will introduce the modified cells back into the patients.

“Last year the excitement about CRISPR foretold just this event,” said Dean Anthony Lee (Dean Anthony Lee, an immunologist from the Cancer center M. D. Anderson in the United States (RAC) and member of the Advisory Committee on recombinant DNA at the NIH, which examined the proposal.

The CRISPR technology, he said, will facilitate genetic engineering that will allow treatments based on it move ahead quickly.

“This is an important new approach. We’re going to learn a lot through this trial. And I hope that it will become the basis for new types of therapy,” says oncologist Michael Atkins Michael Atkins) from Georgetown University, one of three members of the RAC, which had also considered the proposal.