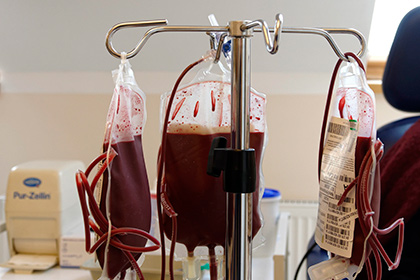 Experts from the firm Ambrosia in Monterey, California, preparing for the first test procedure to rejuvenate people with the help of blood plasma. The method is based on the results of a study of parabiosis in mice, in which the circulatory systems of old and young animals were combined.

The founder of the company is doctor Jesse Karmazin (Karmazin Jesse). He plans to explore the rejuvenating effects of plasma of young people, which will to pour the volunteers, aged 35 years. In total, the experiment will involve 600 people who will pay eight thousand dollars. The age of the donor should not exceed 25 years. Each recipient will receive 1.5 liters of plasma for two days. Before the procedure and a month after her blood volunteers will be screened for biochemical changes.

The amount that participants must pay to cover the costs of obtaining plasma from the blood Bank, laboratory tests, insurance and the approval of the bioethics Commission.
The experiment, however, has been criticized by some experts. According to them, there is no clinical evidence that the tests may be successful in humans. In addition, Tony Wyss-Koray (Tony Wyss-Coray), the author of the study 2014, which had shown a beneficial effect of the blood of young mice to the old body, and believes that companies are abusing the trust of the people and create unnecessary social unrest.

Tony Wyss-Koray is the founder of Alkahest at Stanford. He conducts a number of studies on the effect of blood plasma of young people to 18 volunteers with Alzheimer’s disease. The purpose of the testing is to estimate safety of the method and check whether the procedure reduces the symptoms. The company covers the expenses of participants.