In the United States conducted joint drone and robot exercises 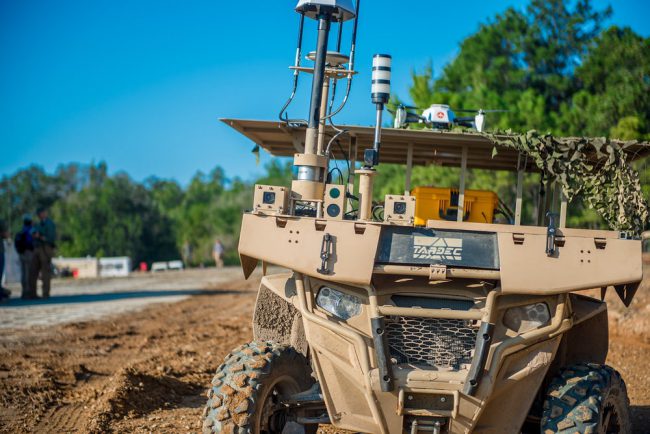 The US Army continues to develop and implement new technologies that can help conduct military operations in the future, minimizing casualties. Scientists and engineers working for the American “defense industry” are making a big bet on robots and military drones. They were tested during joint exercises initiated by the command of the Fort Benning military base in Georgia.

Humvee robotic SUVs were tested, which in the company of armored personnel carriers and air drones developed orientation and development on the terrain, creating smoke screens for tanks, masking them before they entered into battle with the conventional enemy.

The maneuverable robotic and automated system was first tested on this scale, and the field conditions made it possible to study its strengths and weaknesses. The program, designed to unite and work together of land combat automated machines and unmanned aerial vehicles, has existed for more than three years, and the demonstration of the capabilities of autonomous systems was the first among many others planned by the command in the future.

According to the organizers, within the framework of the project it is planned to implement a number of ideas aimed at improving the quality of combat operations. In addition, the use of unmanned aerial vehicles and robots will also increase the range and duration of combat operations, since most automated devices do not require the assistance of operators and maintenance personnel.