In the United States created a prototype of military 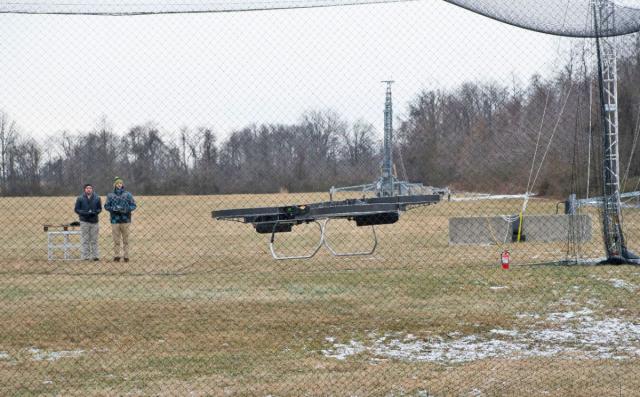 In the Research laboratory of the U.S. Army unveiled a prototype of which can be used on the battlefield to deliver ammunition, medicines and other goods. In addition, the unit will be able to use fighters as a means of transportation. The device will have to withstand a person. The project of was presented by the specialists of the company Malloy Aeronautics.

The first tests already conducted, however, their results are not reported. Also the unknown characteristics of the tested device.

Demonstrated a prototype made in the form of a quadrocopter. It is assumed that the future hoverbayk will be able to transport cargo weighing more than 300 kg at a distance of about 200 km the Device will develop a speed of about 100 km/h. Hoverbayk in the future will be equipped with an internal combustion engine that will spin the flywheel generator. The device will also have batteries.