In the United States develop brain implant to improve memory 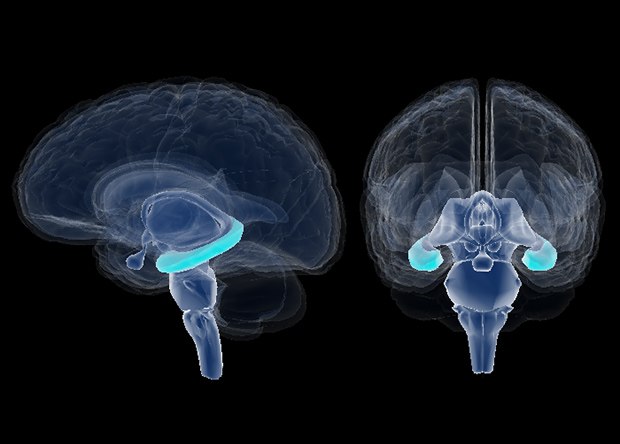 American startup the Kernel reported about the early development of implantable devices intended to improve memory and learning in people with their disorders.

The concept of the device is based on the work of the Director of the Center pirotehniki University of southern California, Ted Berger (Ted Berger), who took over as scientific Director of the new company. During 20 years of experiments his lab had recorded the electrical activity of hippocampal neurons (part of the brain that plays a key role in the processes of memory and learning) during the perception of information and its transformation into long-term memory.

Based on these data, scientists built a mathematical model of this process and to conduct successful experiments on the stimulation of memory in rodents and primates. As said Berger in an interview with IEEE Spectrum, currently undergoing pilot testing of the methodology on the people, and their preliminary results are encouraging. In his opinion, the time has come to create a device for clinical use.

According to the draft, the device would represent a microprocessor, which by means of implanted electrodes in the hippocampus will record the signals from the neurons that perceive information, process them and stimulate neurons responsible for converting the information into long term memories.

Berger stressed that the development of a device that he called a neuroprosthesis, will take time. According to him, he managed to locate the General principle of coding zapominanie in rats, but in primates, including humans, to make it much more difficult (in the rat brain an average of about 200 million neurons, and in human — 86 billion). For this you will need to collect a large amount of data, and the Kernel team has already begun experiments on patients with epilepsy, in which electrodes implanted in the brain for medical reasons.

The device will be designed to stimulate memory and learning in people with Alzheimer’s disease and other forms of dementia (acquired dementia), as well as stroke or brain injury.

Executive Director and major investor in the Kernel was the entrepreneur Bryan Johnson (Bryan Johnson), which in 2013 sold its payment system of PayPal company Braintree for $ 800 million. In the scientific Board of the startup included experts from the California and Massachusetts institutes of technology, Stanford University, the University of southern California and the J. Craig Venter Institute.

The idea of electrical stimulation of different brain structures is not new. This technique is already used clinically to help patients with epilepsy, Parkinson’s disease, depression, and other neurological disorders. However, similar experiments on the effects on intellectual functions are much more complex have a lower theoretical Foundation and cause a lot of ethical debates, which are at much earlier stages.

In one of these experiments, scientists were able to improve short-term memory of patients with schizophrenia by brain stimulation with direct current (micropolarization). The same method used to accelerate pilot training. The us military is also interested in electrical stimulation of the brain: their Management defense advanced research (DARPA) has funded part of the experiments of Berger and the company entered into Halo Neuroscience a contract for the establishment of a system of accelerated training of snipers.