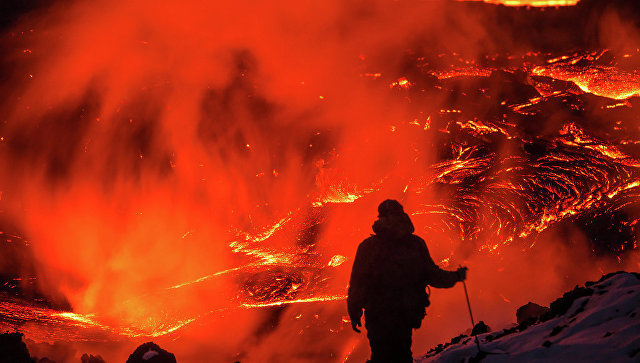 American scientists from Rutgers University discovered under the ground in the northeast of the United States huge masses of molten rocks that rise to the surface.

The study used a network of thousands of geological sensors. After analyzing their testimony, scientists recorded a thermal anomaly at a depth of 200 kilometers – a bubble 400 km in diameter, the temperature of which is hundreds of degrees higher than the breed around. The anomaly affects the states of Vermont, New Hampshire and Massachusetts.

There are no active volcanoes in the region, so geophysicists believe that they have encountered a relatively recent phenomenon. Researchers are sure that the eruption would be natural for such education, but millions of years can pass before it.

Previously, scientists from NASA said that they consider the super volcanoes a more serious threat than asteroids or the third world war. There are about 20 known super-volcanoes on the planet, and the eruption of at least one of them can lead to catastrophic consequences, the researchers say. They see a particular danger in the Yellowstone volcano, located in the US on the territory of Wyoming.