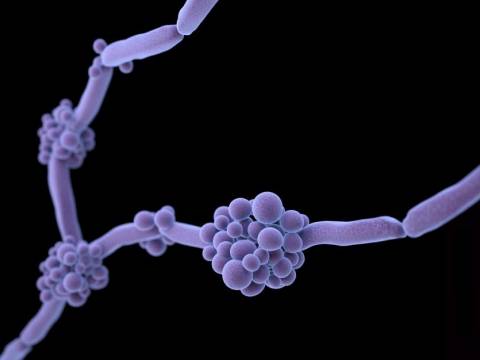 The centers for control and prevention of diseases (CDC) issued a message on registration of more than a dozen cases of infection with multi-resistant strains of candidiasis.

According to the experts CDC, this is the first appearance of multi-drug resistant strains of Candida auris in the country – and of the first seven patients, four have already died. Resistant to a wide range of antifungal drugs does not usually too dangerous the disease is potentially fatal. Against them helps neither the traditional treatment using products based on echinocandin or other antifungal agents. The infection can affect the middle and inner ear, into the bloodstream and spread throughout the body.

For the first time such strains were observed in Japan in 2009 and since then slowly but surely spread around the world: after they were discovered in India, South Africa and the UK. Under some assumptions of experts in the US, they could be imported a few years ago, but until now escaped the attention of physicians because of the difficulties of identifying the fungus among dozens of related species that cause similar disease.

According to the CDC, from may 2013 until August 2016 in the United States at least seven people infected with a dangerous strain of such cases registered in different States. Details of its epidemiology remain a mystery. Thus, the analysis of the genome indicated the proximity of the “American” strain of C. auris allocated in South America and southwest Asia. On the other hand, cases of none traveled to these countries and have not had recent contact with their residents.

It is assumed that the fungus can spread in medical institutions with the tools, supplies, appliances. In this regard, the experts CDC recommends hospital staff carefully follow the recommended practices for sterilization, antimicrobial treatment and to limit contacts with the infected.