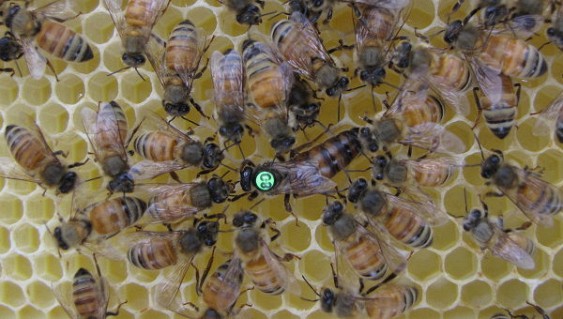 Beekeeping in the United States lost about 50% of the bees over the past year, leaving scientists to talk about an environmental disaster and possible collapse of the bee population because of the epidemic of the mite Varroa, according to the University of Maryland.

“This is our second year seeing that the bee population continue to decline at a very high speed during the summer that should make us worry about their condition. The reduction in the number of bees during the winter — the normal phenomenon, however, that beekeepers are losing them during the summer when bees need to be as healthy as possible, greatly disturbs us,” said Dennis van Engelsdorp (Dannis van Engelsdorp of the University of Maryland.

As says van Engelsdorp, in the United States in recent years there is a dangerous situation for both domesticated bees and their wild relatives. The number first decreased by 40% last year and 44% this year, and the existence of the latter is threatened by Africanized bees-“migrants” invading North from Mexico.

The main reason for extinction and for home, and for wild bees is another phenomenon — the epidemic of the parasitic mite Varroa destructor. This arthropod creature is dangerous for bees is not in itself, but because of the fact that this tick is a carrier of several viruses infection which leads to deformation of the wings of bees and a number of other problems.

The birthplace of the parasite, apparently, is East Asia, however, due to human activity, he will first spread through Europe, and then penetrated to the New world. Here and there it is considered to be one of the reasons for the mass extinction of colonies of bees, as none of the subspecies of honeybees, with the exception of some of the Russian varieties, there is no protection from that tick.

The reason for its spread in the United States, according to scientists, is that many beekeepers with small apiaries can not or do not know how to deal with the mites and how to protect their hives from infection by the Varroa larvae. When these hives die, the mites spread through all the neighboring apiaries, including those whose owners support the correct hygiene regime for bees. In General, as noted by American environmentalists, the extent and depth of the Varroa epidemic greatly underestimated.

According to van Engelsdorp, the number of bees in the U.S. continues to decline for 10 years, if you take data only in the winter, and declining in General for the entire year for more than six years. A similar trend, according to the authors of the study, speaks about the urgent need to develop measures that would allow the country’s authorities to protect bees from extinction, and their owners from ruin.