In the United States found a quick way to create mutants 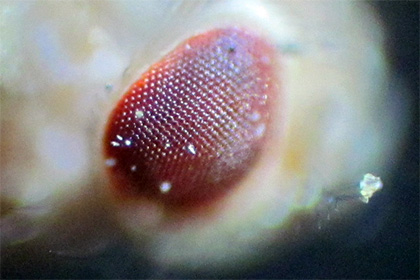 Researchers from the Medical school at the University of Washington found a quick way to create mutants. They have achieved reduce the activity of the DNA, by introducing into it a short sequence of nucleotides. The new method allows you to quickly find out the function of genes for their further modification.

In order to understand what makes a particular gene, scientists switch off (nokautiroval) and determine how it will affect the body. However, this method may lead to early death of the mutant if the DNA encodes essential to life protein. Therefore, scientists are interested in obtaining hypomorphic mutations that do not inhibit and reduce the activity of the gene.

However, making these mutations in body cells poses a challenge for researchers. To find out what changes need to be implemented in the gene, you need to spend a lot of time searching for mutations that will not be to knock him out. In addition, existing methods do not allow to precisely regulate the expression level of DNA (the process of converting genetic information into protein).

Researchers have developed a new universal method of obtaining hypomorphic mutations that affect protein synthesis. To do this they joined to the beginning of the gene sequence of A-nucleotides (containing adenine). It causes instability of RNA, which transfers genetic information from DNA to the ribosomes, where protein is synthesized.

In their study, researchers used copy of a gene that encodes a fluorescent polypeptide. They inserted sequence length of 9 to 36 nucleotides adenilovoj by assuming that the longer the insert, the less active the gene expression. In the first stage of the experiment, the modified genes were introduced into cells of Escherichia coli (E. coli). Then scientists on the fluorescence intensity was determined by the number of the protein product. It was found that long chains of A-nucleotides is really stronger inhibited protein synthesis.

The same result was obtained with the application of different genes in a unicellular eukaryote Tetrahymena thermophila, cells of Nicotiana benthamiana tobacco plants, culture, human cancer cells and in fruit flies Drosophilla melanogaster. In addition, the researchers showed that using his method they can regulate the activity of functional genes that encode important proteins for organisms. So, they have reduced the ability of E. coli to resist the action of antibiotics chloramphenicol, modifying the corresponding DNA.