In the United States found a shark of red color 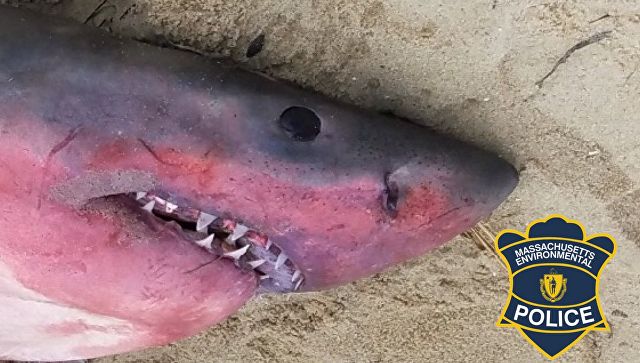 A large white shark of unusual colors was found in Massachusetts, Fox8 reported.

The sea predator, about three meters long, carried ashore near the town called Truro. Employees of the Environmental Protection Service drew attention to the fact that the mouth and the belly of the sharks were painted bright red. 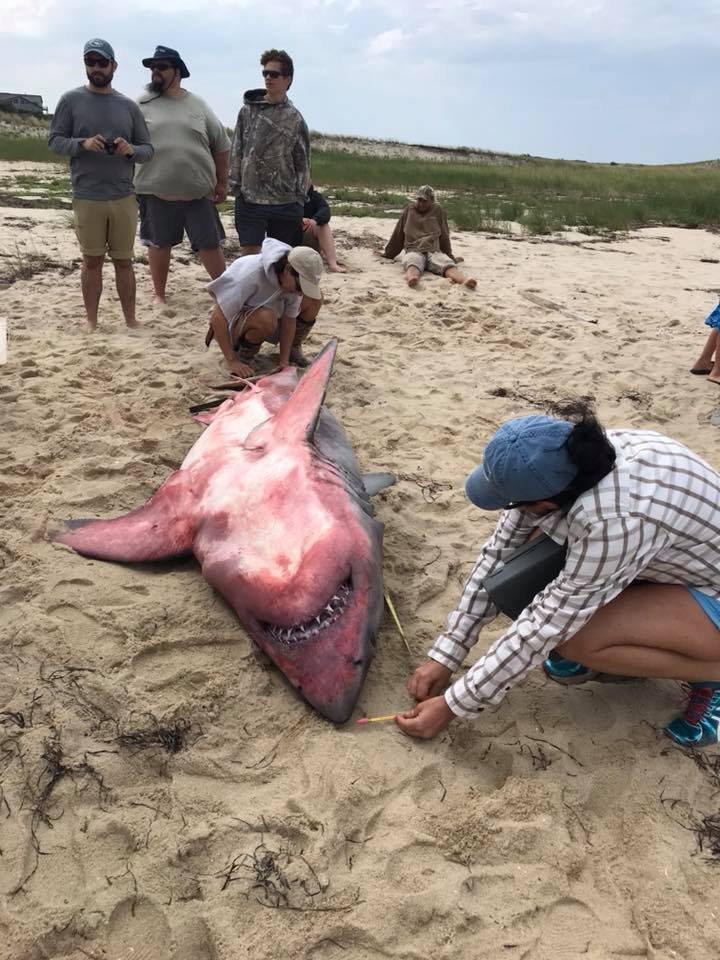 The visiting scientific team conducted an autopsy and found three lead loads inside the animal.

At the same time, scientists failed to find out the cause of the death of the shark. Biologists also could not understand what caused the unusual appearance of the predator. 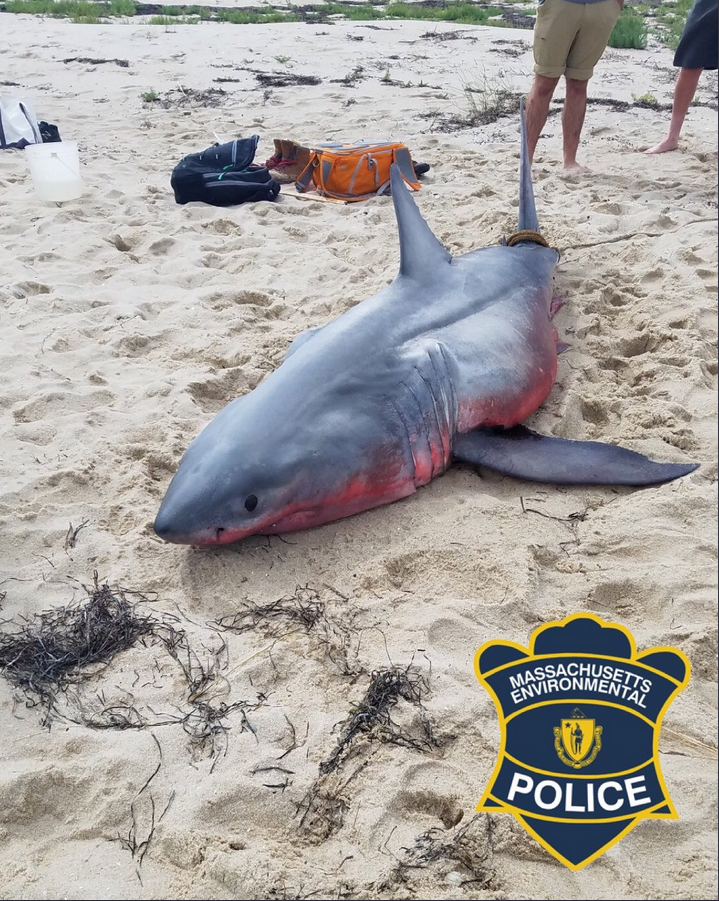 Specialists handed samples of the skin and entrails of the animal to the local committee for the protection of large white sharks.