In the United States had twins with different skin color 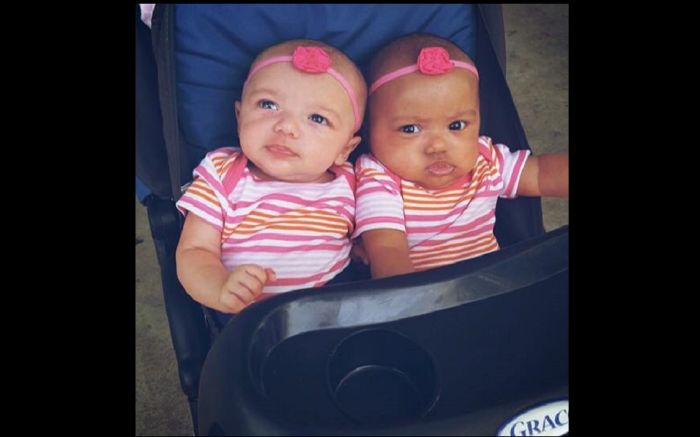 Sisters Kalani and Garani Dean were born in Massachusetts, April 23, 2016. Like many other raznjatovic twins, the features of their faces are not identical. However, in this case, the difference was even greater: the girls have a different skin color.

Father unusual twins, Dean Thomas is African American and her mother, Whitney Meyer — white. They are already raising 7-year-old Talan, who is the son of Whitney from a previous marriage. The couple had a child together, but he drowned at the age of two. A new addition to the family of Dean Meyer occurred on April 23, 2016. The upcoming birth of twins was not for the couple a surprise, but the kids are still surprised parents: one of the girls was dark-skinned and the other has inherited the genes of a mother.

Such cases are known, but they occur very rarely at a ratio of 1/500. Mnogopaltsevy (dizygotic or dz) twins are born as a result of fertilization of two oocytes. They are not necessarily conceived during one sexual intercourse — the difference can amount to several days, and sometimes even dizygotic twins are born from different fathers. Thus, the twins of this type are only 50% identical genes