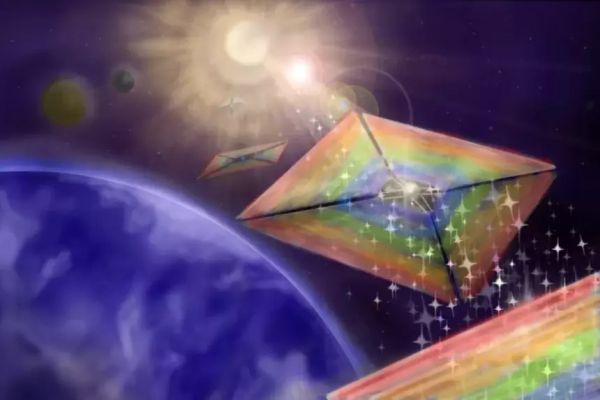 A NASA-funded project is developing a new technology that would allow spacecraft to be powered by solar sails.

NASA has announced that it will provide $2 million to the Diffractive Solar Sailing project, which is exploring ways to use solar energy to drive and power vehicles in space. The agency has long been interested in solar sail technology because it offers a cost-effective alternative to conventional propulsion without requiring fuel.

In fact, ships could use an almost inexhaustible resource for power – sunlight. Previous solar sail designs have mostly used mirrored surfaces to reflect light particles. When photons hit the sail, they transfer their energy and propel the spacecraft forward. This method, however, has disadvantages: the ship can only move in the direction of sunlight. To get around this, the Diffractive Solar Sailing project is developing sails that “bent” the light to increase maneuverability.