In the United States synthesized the protective mucus 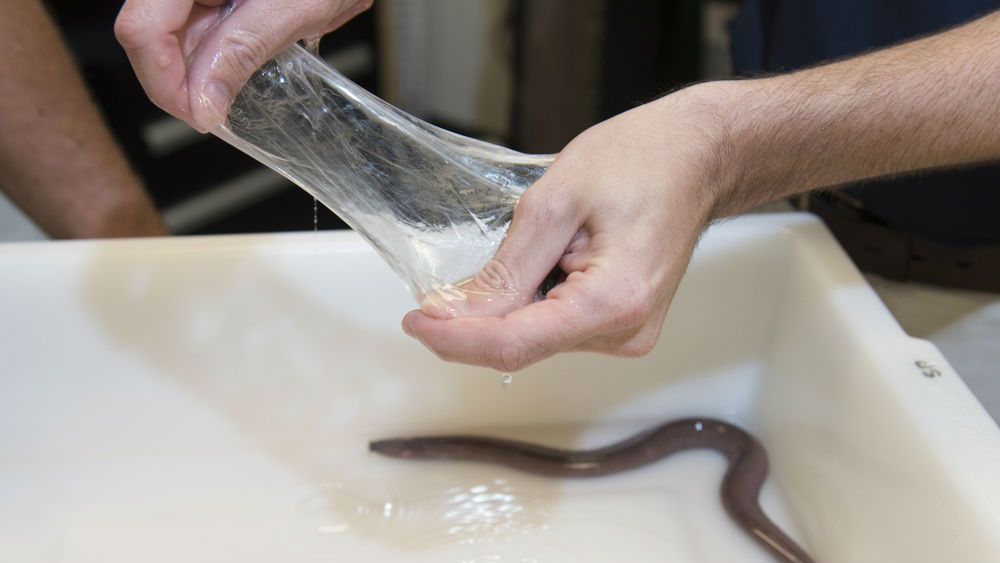 Scientists and engineers of the naval Department of the USA created a synthetic analogue of mucus, which in nature produce mikenova fish long, snake-like animals slimy shoot “bullets” in attacking predators.

Mucus Maksimovich fish — not the most appetizing, but potentially very useful substance. It changes properties depending on the environment thanks to the molecular “springs” — protein, rolled into tight balls, until the mucus is inside the fish. In the collapsed state surrounding them hold their proteins from the class of Mucins that are part of the most slippery substances in living organisms.

When the fish shoots a compact “bullet” that contains and Mucins, and rolled up into a coil proteins, the mucin is dissolved and balls to spin, creating a dense network of adhesive. Getting on the body of the predator, the network scores hole-and-eye and constrains the movement, giving the fish time to escape.

Previous studies have shown that after the release of the network increases in volume of 10 000 times. Artificial mucin network in the “sauce” obtained by the us military behaves exactly the same. In order to poluchiti proteins-springs, scientists have reprogrammed E. Coli bacteria so that the microorganisms produce the desired substance.

The military plans to use the material to create protective systems that can obstruct the movement of the enemy, not killing and not wounding.

However, scientists believe that the invention will find application in civil. Protein “bullets”, developing in mucous membranes of the network can be used to extinguish fires or as analogous to airbags in cars.