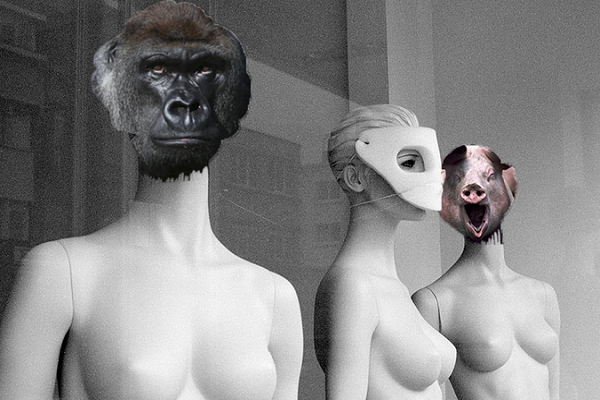 From September 2015, American scientists were not allowed to receive funding from the National institutes of health (NIH) for research in which stem cells of people would be added to the embryos of animals. As a result of these experiments created the so-called Chimera.

But a recent statement by the NIH involves the lifting of the moratorium on funding of such projects, except in certain situations. It was also suggested to create the Commission for consideration of ethical issues and control applications research.

Representatives of the NIH proposes new rules that allow scientists to obtain funding for the creation of chimeras, but under certain carefully controlled conditions. The main goal is to try to grow human tissues and organs in animals to better understand human diseases and to develop methods for their treatment.

With the latest technology of gene editing, a growing number of researchers interested in the growing human tissues and organs in animals by the introduction of pluripotent human cells in the early embryos of animals, writes in his blog, the Deputy Director of NIH for science policy Kerry Wolinetz (Carrie Wolinetz), explaining the decision.

The creation of chimeras is a developing area of research. Currently, scientists use them to study early embryonic development and establishment of animal models of human diseases. But one of the main tasks is the creation of human organs for transplantation.

There are several key reasons why was initially imposed a moratorium on such research. One of them is the risk that professionals may unintentionally create an animal that will be partly to possess a human brain, as well as some form of human consciousness and human thinking.

But scientists say that they could take steps to prevent such results, and remind them that the embryo is a very valuable tools for medical research.

In a statement, the NIH in this regard, it is emphasized that it is impossible to prevent, for example, the introduction of certain types of human cells in primates – monkeys and chimpanzees, because these animals are very closely related to the human.

However, a moratorium on funding will be cancelled on experiments involving other species. Experts hope to create sheep, pigs and cows with human hearts, kidneys, livers and possibly other organs, which can be used for transplantation.

In the end we want to make sure that such studies will have progress because it is very important for the understanding of the disease. It is important for our mission to improve human health, ” says Wolinetz.

In addition, NIH will consider experiments in which you can create animals with human sperm and oocytes as they can be useful for the study of human development and infertility. But one of the conditions is the adoption of measures to prevent further breeding of such animals.

The public has the opportunity within 30 days to comment on the proposed new policy to Fund research projects, after which the Department will issue final rules and final answer on the lifting of the moratorium. If a positive decision is NIH willing to Fund such projects from the beginning of 2017.