In the United States will build a prototype Martian colonies 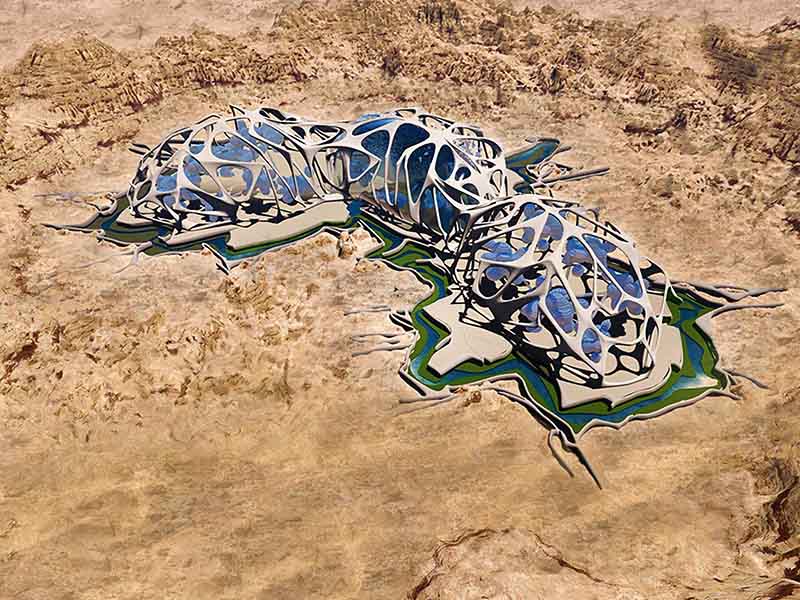 In the American Mojave desert in the coming years there will be prototypes of the Martian city-settlement, which will be created using 3D printing technology. This became possible after the founder of the project Mars City Design Vera Mulyani collected on the online platform Kickstarter the necessary funds for the conduct of the eponymous Symposium.

Project Mulyani was established in 2015 to create projects self-sustaining Martian cities. The next stage will be the construction and testing of prototypes of cities on a test area in the Mojave desert.

Earlier this year a jury consisting of experts of the space industry, has selected 25 projects. Experts from Mars City Design will select three of the most successful of them to be printed on a 3D printer, installed and tested in the wilderness for the next three years.

Currently, Muliani involved in the organization of the workshop, which will be worked out the technical details which will later be put into practice.

This project is funded by NASA sponsorship and donations on Kickstarter. After collecting the required amount, it is expected that the workshop engineers, designers and architects will be held in September on the campus of the University of southern California.

The main objective of the seminar is to create viable colonies, calculated on a population of four people, with a planned increase to 1,000 inhabitants. Among the guest speakers included the program Manager, Mars Exploration Rover Jim Erickson, and the second man on the moon – buzz Aldrin.

In late June, scientists from the Netherlands announced that they have managed to grow edible vegetables and grain crops using the soil composition, similar to what was found on Mars. In the crop not been no dangerous levels of heavy metals.

According to the researchers from the Wageningen University, they were able to grow radishes, peas, rye and tomatoes, and the crop was very abundant.

Wonderful results and very promising, – says a senior ecologist Viger Vmlink. We can eat these radishes, peas, rye and tomatoes, and I really wonder what they taste like.

An experiment by Dutch scientists one step closer to colonization of Mars. The first settlers on the red planet will have to take food supplies with them and use them to grow various crops in order to survive.

Earlier, the founder of SpaceX Elon Musk spoke about the plan to launch a manned spacecraft to Mars in 2024. In the case that the launch will take place, the spacecraft will reach the red planet in 2025. In March, the renowned theoretical physicist and science popularizer Stephen Hawking has said that Mars will be colonized in the next hundred years.