In the US, a man was bitten by a severed snake head 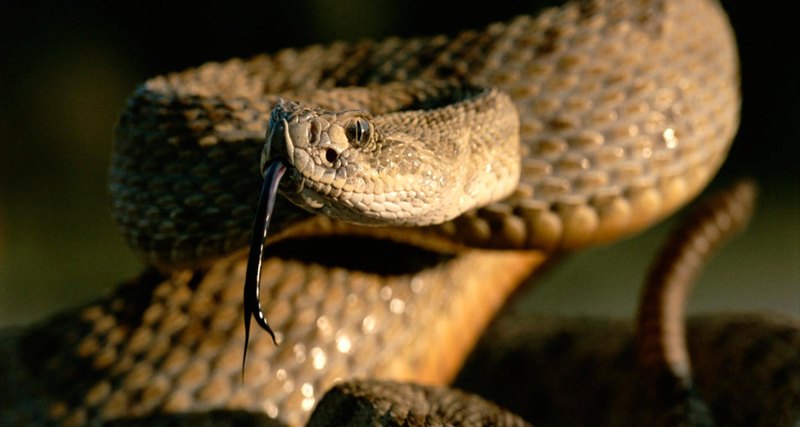 A resident of the American state of Texas almost died as a result of a bite of the head of a rattlesnake, which he himself chopped off with a shovel.

The man was engaged in household work in the backyard of his house when he suddenly noticed a nearby snake about 1.2 meters long. Without thinking twice, he approached her and chopped off the head with a shovel that was in his hand. But it was a big mistake: when he bent down to take the dead, in his opinion, a snake and throw it into the garbage can, the snake’s head clung to his hand. From surprise he shouted for help.

A wife came running to the noise from the house, which helped the man to get to the car, loaded him into the back seat, sat down behind the wheel and rushed to the nearest hospital. True, along the way the snake victim quickly became worse and worse, and then the man and the cramps began at all. Then the woman stopped and called an ambulance, after which a medical helicopter flew in behind the unfortunate man.

The trauma doctor Michael Halpert noted that the rattlesnake’s bite could well have been fatal for a man if he had not entered the hospital on time and had received 26 doses of antidote. Now he assesses the victim’s condition as stable, but adds that the work of the kidneys of the patient due to severe poisoning still leaves much to be desired. In the meantime, a toxicologist, Leslie Boyer, recalls that this is a classic mistake.

According to her, the problem is that people simply do not know the differences in the functioning of the organisms of mammals and reptiles. Even the severed head of a snake with poison glands, as well as the rest of its body, can move independently for about 12 hours and, moreover, attack enemies and bite them! What happened to the unlucky Texan. Biologists advise not to mutilate snakes, but immediately call specialists.