In the US, aerotaks were tested 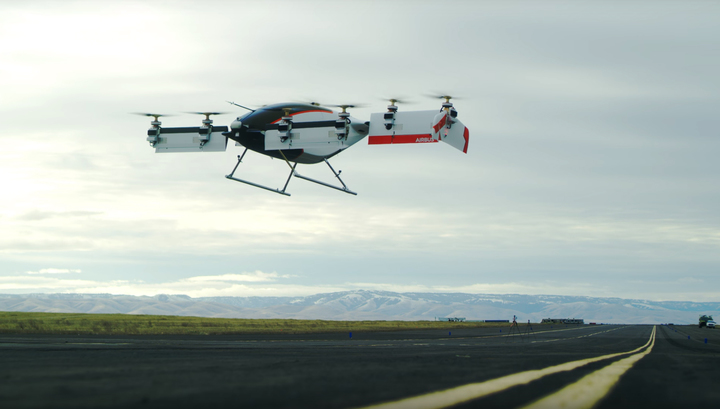 Representatives of the aircraft company Airbus published a video from the tests of the first prototype of the Vahana flying taxi, which took place at one of the polygons of the American city of Pendleton, Oregon. The machine operates on electric motors and is capable of climbing to a height of up to five kilometers.

The air taxi Vahana has an oval cabin, it has airplane wings, as well as eight engines with which the vehicle rises to the sky.

Work on the Vahana project began in 2016. According to the idea of ​​Airbus, the main task of aerotax is to solve problems with traffic jams in big cities. The company plans to build a line of small private aircraft, which will start and land on the roof of a building.