In the US, they decided to lower the definition of “high blood pressure” to 130/80 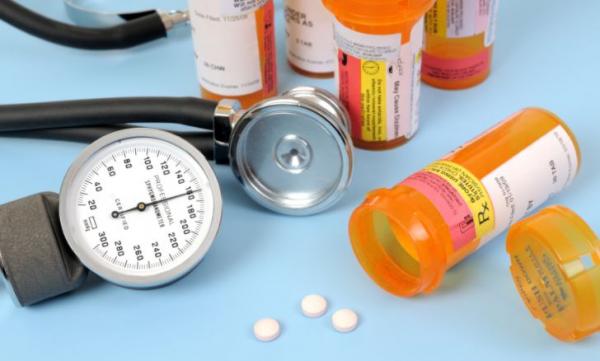 30 million Americans who woke up perfectly healthy yesterday morning now suddenly need expensive methods of treating hypertension after the American Heart Association and the American College of Cardiology decided to lower the definition of “high blood pressure” to 130/80 from the previous rate of 140/90.

This change means that almost 50% of adult Americans, or about 100 million people, now suffer from high blood pressure, compared to 72 million in accordance with previous guidelines in force since 2003.

High blood pressure is the second largest number of preventable heart disease and stroke deaths in the United States.

A large government study of hypertensive patients aged 50 years and older showed that in 2015, cardiovascular mortality dropped by 43 percent, and heart failure decreased by 38 percent when their systolic blood pressure was reduced below 120 against those who are reduced to 140.

But patients in the systolic blood pressure group 120 had a higher level of renal damage or deficiency, as well as syncope.

Unsurprisingly, these new recommendations are expected to be a boon to pharmaceutical giants like Merck, Pfizer and Novartis, which supply expensive hypertension medications around the world.

Potentially lethal high blood pressure can be brought under control with a wide range of drugs, many of which are marketed as relatively inexpensive generics. Drug classes include angiotensin receptor blockers, such as Novartis AG couches, calcium channel blockers, such as ACE inhibitors Pfizer Incs, ACE inhibitors, including Pfizer alkanes and diuretics such as Hyzaar from Merck & Co Inc.

But the drugs have side effects, and the new guidelines emphasize lifestyle changes, including weight loss, diet and exercise as the first tool to combat hypertension.

Concern about these side effects, as well as the fact that the careful monitoring observed in the clinical trial is difficult to replicate, led AHA, ACC and other groups to the choice of 130 systolic blood pressure.

Adults with a blood pressure of 130/80 “already have a double risk of a heart attack compared to someone in the normal range,” said Dr. Paul Welton, professor of the School of Public Health and Tropical Medicine in Toulane, New Orleans, and led the author of the new guidelines principles. “This does not mean that you need drug treatment, but it’s a yellow light that signals that you need to lower blood pressure, mainly with non-drug approaches.”

“I think that this will encourage patients to follow the recommendations, but also doctors who will be more energetic in their attempts to prescribe lifestyle changes,” said Dr Pamela Morris, chairman of the ACC committee on the prevention of cardiovascular diseases.

Lifestyle modifications are a cornerstone for treatment, but the guidelines also emphasize that patients who are at increased risk of cardiovascular disease will begin taking medication.

And according to what norms normal and elevated pressure is determined in other countries of the world?

To assess the level of blood pressure, the classification of the World Health Organization, adopted in 1999, is used.