In the US, we studied the bones of the dinosaur with the largest stops 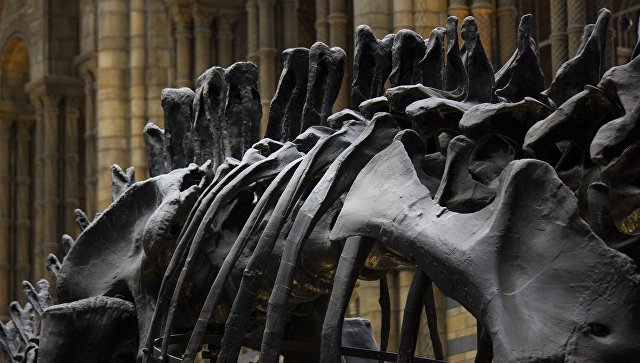 The bones found 20 years ago in the Black Hills Mountains in the northern part of the Great Plains in the north of the US turned out to be the biggest dinosaur foot, PeerJ reported citing a study published by him.

According to the publication, in 1941 in the Morrison formation, the rock layer of the late Jurassic period, the expedition of the University of Wyoming discovered the femurs of the dinosaur in the remote region of the Black Hills. And already in the summer of 1998, the expeditions of Kansas University found huge bones of the foot of a dinosaur. For an abnormally large foot size, this sample was called Bigfoot (Big Foot).

“When comparing our measurements with all other large sauropods (a large group of four-legged herbivorous dinosaurs), Bigfoot was larger than any other specimens ever reported, although this does not mean that it is the largest dinosaur in the world: many great sauropods are known from other locations, but they did not save the samples of the foot in order to measure and compare them, “the study authors write.

Researchers have established that the shape of the findings is reminiscent of the bones of the herbivorous dinosaur-sauropod Brachiosaurus, but they do not intersect with the bony specimens of this animal, so scientists can not say with full confidence that they belong to the Brachiosaurus.