In the USA, butterflies of the species Danaid monarch disappear. 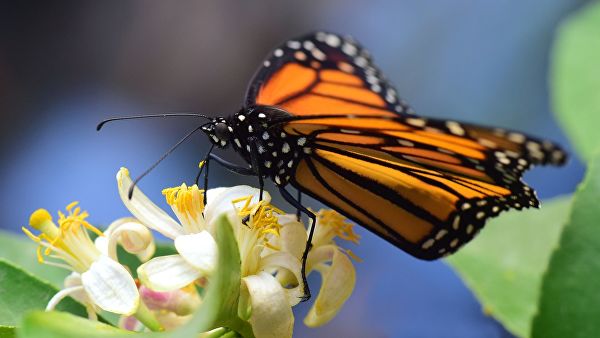 In the US state of California, environmentalists are concerned about the decline of the butterfly population of the Danaid monarch species, from 2017 their number has decreased by 86%, reports the Daily Mail.

According to the latest estimates of the non-profit environmental organization, in California there were less than 30 thousand butterflies, which is 86% less than in 2017. For comparison, in 1981, the population numbered more than one million Danaid monarchs.

Environmentalists conduct annual calculations to track the number of butterflies. The latest report states that there is no evidence of delayed migration. Nor were monarchs found in other parts of the country. A study conducted in 2017 at the University of Washington showed that in the coming decades the species will completely disappear if humanity does nothing to preserve it.

Danaid Monarch is one of the most famous butterflies of North America, which attracts tourists who want to take photos of interesting representatives of the US fauna. It is easily recognizable by the characteristic pattern on the wings – black stripes on a reddish background.