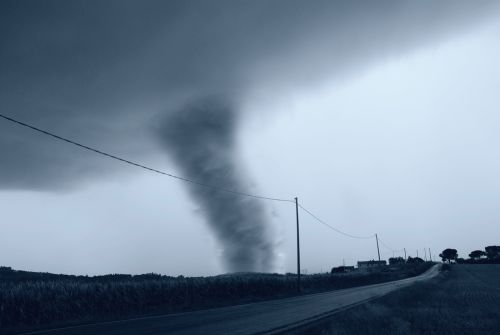 Scientists from Columbia University came to a conclusion that for the last decades in the USA considerably increased annual repeatability of a tornado (tornadoes). Meteorologists counted average of whirlwinds during flashes (the weather phenomena promoting emergence of tornadoes) which continue several days and cover the big territories.

It turned out that since 1954 the quantity of a tornado increased that increased damage caused by natural disasters. Researchers analysed reports of National administration of oceanic and atmospheric researches (National Oceanic and Atmospheric Administration, NOAA). It is established that in recent years the frequency of such extreme phenomena as thunder-storms also increased, however no connection of these tendencies with warming of climate or other global geophysical phenomena and processes was revealed.

According to specialists, further researches are necessary for an explanation of the reasons of observed changes.