In the USA soldiers are turned into superpeople 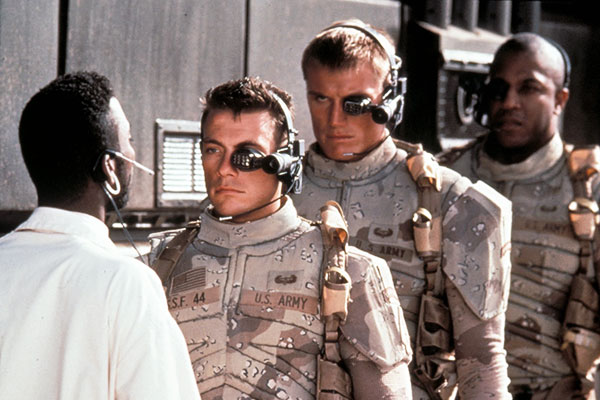 The American scientists successfully experienced electric stimulation of a brain for military. As a result researchers managed to increase mental capacities and efficiency of soldiers.

It is about transcranial direct current stimulation (tDCS) technology which in Russia is called “transkranialny micropolarization” (TKMP). Giving of current to two leads milliampere on a brain to excitement of group of neurons and forming of the nervous ways connected from various type by physical or intellectual activity.

It improves cognitive capabilities of the person: concentrates attention, increases the speed of reaction and mathematical capabilities. It is necessary to choose only correctly a brain zone to which the signal will be given and to place there electrodes. Respectively, TKMP can have different purposes, and there is a set of options of use of technology.

In this case flight crews, operators of UAVs and other military personnel for whom continuous control of a situation is necessary underwent to experiments. For stimulation five electrodes sending weak electric signals to a brain through certain sites of bark were used.

20 people participated in a research. From them it was required to manage within 36 minutes the cursor in a moving circle and to watch other objects on the screen. In the first group stimulation by current continued throughout all task, in the second — only the first 30 seconds. The first group which was exposed to long electrostimulation coped with a task more successfully, and its participants kept concentration in general for four minutes longer. The similar research was conducted in 2011. Then it was established that electrostimulation promotes learning ability of the American pilots trained on video simulators.

Scientific bases Air Force Wright-Patterson in the State of Ohio are explained that monotonous tasks reduce concentration of military, and by the end of change reaction considerably worsens.

“In the Air Force the flight crew and operators of UAVs needs to monitor constantly a situation, and also to quickly make decisions and to react to changes” — they emphasize. Military consider electrostimulation as safer alternative to the classical medicines like a modafinil and Ritalinum used not directly, and as dope for a brain.

The American military show great interest in TKMP and conduct numerous researches in the field. So, in 2010 the group of scientists from New Mexico proved efficiency of technology on the example of the special game DARWARS Ambush!. There it is necessary to try to discover in virtual landscapes of opponents and other dangerous objects, for example explosive and to react quickly to them. The volunteers who underwent to stimulation of a brain coped with a task more effectively and showed more good result.

Athletes also are interested in TKMP, and there are already confirmations of the fact that the technology increases endurance, force of muscles, and also improves coordination of movements. Electrostimulation isn’t forbidden by the World Anti-Doping Agency of WADA as the fact of its application can’t be elicited and the scientific information about her is contradictory. Though thousands of scientific publications speak about efficiency of TKMP.

In sport electrostimulation is capable to increase productivity of a training and speed of development of the necessary skills with preserving results for weeks and months. Athletes believe in efficiency of TKMP. Mikel Thomas from Trinidad and Tobago participating in a running on 110 meters with barriers at the Olympic Games of 2012 in London reported that he passed trainings with electrostimulation of a brain. The sprinter Hafsatu Camara from Sierra Leone noted that after TKMP she set a personal record in run on 100 meters.

Except cognitive capabilities, TKMP it is capable to affect a set of other aspects of work of a brain. The method is studied more than 20 years and was tried in many situations. In total more than ten thousand volunteers took part in at least than 265 clinical trials. TKMP is already successfully applied to recovery after a stroke, treatment of a depression and chronic diseases. Also the technology is used for reducing time of a dream, disposal of addictions and even for increase the empaticheskikh of capabilities.

Devices for electrostimulation of a brain are on sale absolutely freely. Even the movement of “house TKMP” when people are influenced by this electric dope in everyday life develops. So, on a separate branch in Reddit devoted to electrostimulation of a brain more than eight thousand people are signed. According to Stanford University which has studied this community in 2015, attracts the greatest interest of TKMP of men with the higher education aged from 20 up to 30 years.

And still in the scientific world still cautiously treat TKMP and don’t decide to declare harmlessness of this technology. At long use of TKMP on head skin there can be burns, and it is smaller of problems. If to mix the anode with the cathode or to arrange carelessly electrodes, then functions of a brain, on the contrary, will worsen. Anyway, popularity of TKMP grows and participants of experiments estimate effect of electrostimulation as positive.