In the waters of the Atlantic, a 500-year-old shark 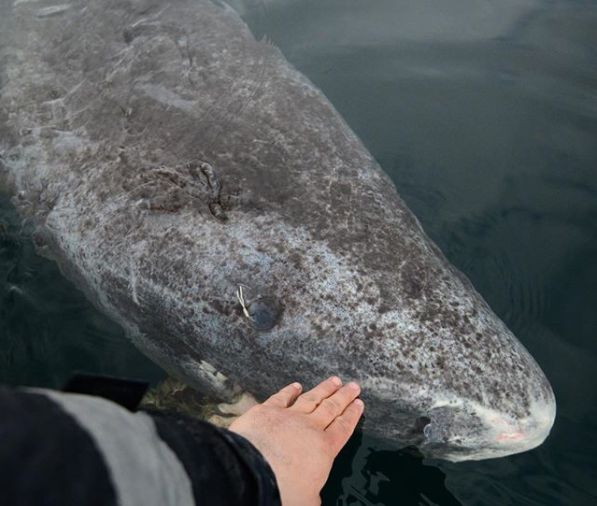 Perhaps, someone will seem incredible, but at the same time with us on Earth lives a creature, born in 1505. According to scientists, the Greenland shark found in the North Atlantic Ocean has been more than 500 years old.

While on land wars and cataclysms broke out, discoveries were made and historical epochs were replaced, this underwater monster silently dissected the cold depths.

The average age of Greenland sharks is 272 years. This is an absolute record for vertebrates. It is known that over a year they grow by about one centimeter. The shark, caught in the Atlantic, reached 5.5 meters in length and weighed more than a ton. By simple calculations it can be concluded that now she is more than 500 years old. However, radiocarbon analysis showed another result – 392 years. According to scientists, this method of determining the age is more accurate, but does not exclude the potential error, taking into account the period between 272 and 512 years.

The secret of the longevity of Greenland sharks has not yet been revealed. It is assumed that the cold environment of their habitat slows the metabolism and with it the aging process. In addition, these living “keepers of time” can help look into the past and learn, for example, how the human impact on the oceans has changed.

Professor Julius Nielsen from the University of Copenhagen, who participated in the study, is preparing to defend his Ph.D. thesis devoted to the theme of long-lived sharks. As he reported in his Instagram, a sample of DNA was taken from a rare animal, attached to a satellite tracker, and then released.