In the waters off Sakhalin appeared white shark 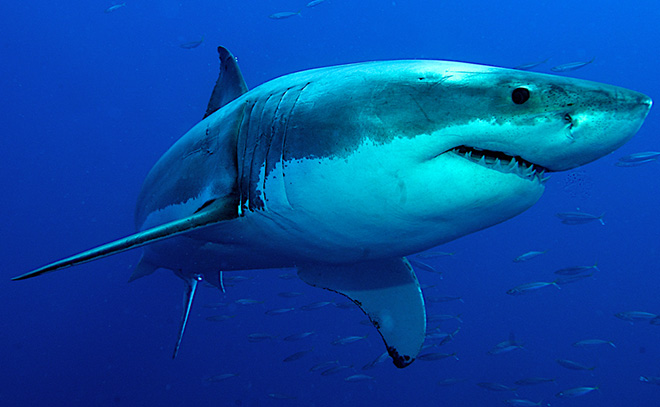 According to the Sakhalin research Institute of fisheries and Oceanography, on the southwest coast of Sakhalin in 2016 was recorded three cases of the appearance of fish that are usually found in low latitudes — seas of the tropics and subtropics.

According to the Deputy head of Department of forecasting SakhNIRO Anatoly Velikanova, networks observed yellowtail, pufferfish, triggerfish and North dog. This fact can be explained by global warming — fish migrate North and climb to Sakhalin in the jets of warm currents. Off the West coast of the island this year, the warming water was recorded in April.

The giants said that with the warm waters may appear white shark, as their appearance has been noted in 2007 and in 2014. The staff has asked all residents to report about a rare catch for Sakhalin fish that will help scientists to study the species of fish that appear near the coast in summer, and also to explore the migration of low-latitude species.