In the weather phenomena “Butterfly Effect” is noticed 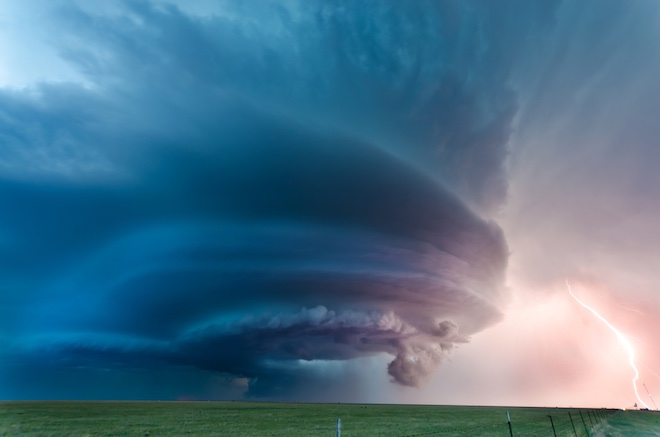 Researchers from the Pacific northwest national laboratory (PNNL) found communication between a rain in Asia and a jet flow (jet stream) in the Southern hemisphere. Such atmospheric streams can influence weather on all globe.

Using the modern computer model operation, the team investigated local and global conditions at the same time. The model allows to increase display of some areas, keeping at the same time a bird’s-eye view on others. Application of model operation with variable resolving power is the first documentary research considering communication of local turbulent shifts of clouds and storms (convection) with global structures of air in other hemisphere.

On the example of interrelation of weather and climate scientists saw in operation as the events in one corner of the globe can influence other region. It appears, the heavy rain in Asia can lead to the shift of a jet flow and change of weather conditions in the Southern hemisphere. Researchers called it effect of “highest level”, similar El Niño in the Pacific Ocean influencing weather in the United States. An opportunity to model interrelation between local and global processes is an important part of a comprehension of weather and climate.

Researchers from PNNL and Institute of physics of the atmosphere in China studied effects of the highest level in global model with the variable permission (the Model for Prediction Across Scale, “MPAS”). The majority of model uses the rough level of specification with its rise of the chosen sites with Asia, South and North America.

Influence of local processes on global happened through Hadley’s cell and waves of Rossbi. The first phenomenon represents circulation of air masses at which hot air rises near the equator, moves to a pole, cools down, and then falls back to a surface. The undulations in the atmosphere called in honor of Swedish a geophysics arise owing to rotation of Earth.

The team came to a conclusion that results in of this model are similar to global simulation with the high resolving power supporting a high level of specification on all planet. However the model with the variable permission makes high-quality results, demanding significantly smaller expenses of time and tools. It can help to make more perfect large-scale model operation, including identification of interrelations of conditions and processes in different points of Earth.

Scientists are going to explore areas by means of high resolving power, increasing their specification to several kilometers. Such permission allows to reflect atmospheric processes is even more realistic that has to improve representation of how small processes can influence larger.