In the world’s oceans, the proportion of old fish 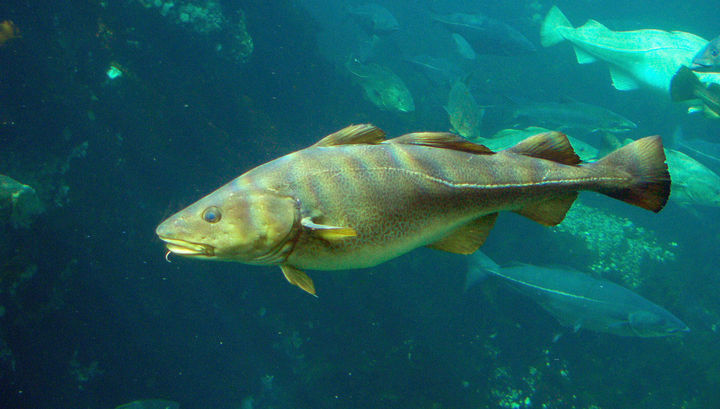 The lifespan of fish varies greatly depending on the species. If anchovies and bull-calves live only a couple of years, the age of Atlantic cod reaches 20-25 years, and the real long-liver of the underwater kingdom, the yellow-eyed sea bass, often celebrates the centenary.

But marine biologists sound alarm. The results of the new study show that the percentage of old fish in the world’s oceans is sharply reduced. And if people’s increase in the number of young people among the population is welcome, there are very different rules in the water world.

The fact is that the older generation of fish not only brings more viable offspring, but also adapts to changing conditions more easily. If necessary, it is the old fish that start migrating to new areas or switch to another type of feed, setting an example for the young.

“This is alarming,” says lead author Lewis Barnett of the University of Washington, “It’s important to have young and old fish in populations because changing environmental conditions in different years can favor one or another age group.”

Biodiversity ensures the stability of any population, but in the course of fishing, the largest and, therefore, the oldest fish are affected first. And only now scientists have found out the true extent of this problem.

A team of fishery experts examined data on the status of 63 commercial fish populations in the United States and Europe. In particular, scientists analyzed records of stocks of Atlantic cod, halibut, sea bass, hake and flounder, which, depending on the catch area, covered the period from 24 to 140 years.

Particular attention was paid to information on the age of fish, which is traditionally determined with the help of otoliths. These hard stones in the ears of the fish are part of the balance organ and, like a tree, form the annual rings visible on the cut.

It turned out that over the last few decades, when the volume of world fisheries increased significantly, the share of old fish fell by 80%, and in a third of the populations this figure exceeded 95%. And this is not the limit. The study, published in the journal Current Biology, does not take into account data from Africa, Asia and South America, where fishing is not regulated strictly.

“I think that this model will operate in any place where fishing is active,” says co-author Trevor Branch, “If you are fishing, there will be less old fish, even if you think you are doing the right thing “.

As an example, Brance leads a hake population off the west coast of the US, where the state carefully manages the fishery, but the older age group still fell by more than 90%.

Scientists believe that the situation can be rectified only by changing the rules of fishing. Now in the quotas is prescribed only the minimum allowable size of fish, and one of the solutions to the problem may be the introduction of restrictions on catching fish of a certain size. But, according to experts, such a radical approach will prove too complicated and expensive both for industry and for regulators themselves. Therefore, the most promising way out of the situation is the creation of marine reserves. In these fish-free zones, fish can survive to old age, which will provide marine populations with greater genetic diversity.

The older generation plays a crucial role in other animal species. For example, the elderly female killer whales, who have lost the opportunity to bring offspring, become elders of the pack and transfer the accumulated experience to young relatives.