In the Yakut basin have discovered an ancient vegetation 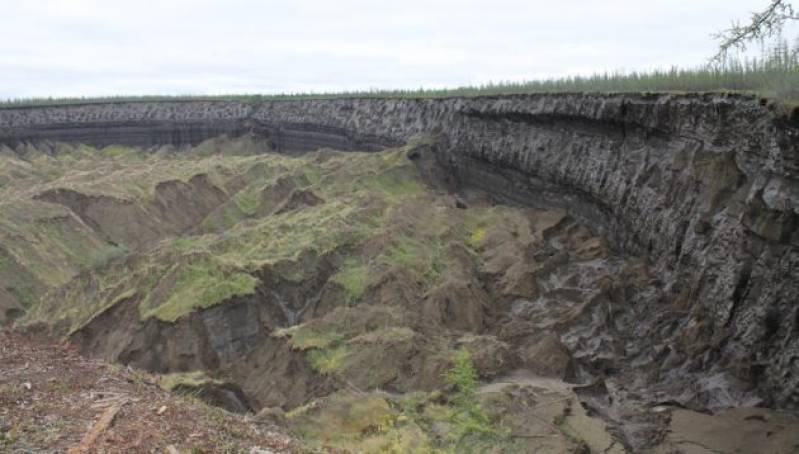 The scientists of North-Eastern Federal University (Yakutsk) during the expedition in Verkhoyansk region of Yakutia have discovered an ancient vegetation.

“During the expedition was discovered the burrow of a gopher, where the preserved remains of ancient vegetation. Vegetation and soil found in the area can date back to 200 thousand years. The basin is expanding at 10-15 meters per year. Depth will not increase – already exposed layer of permafrost, reached the rocks”, – stated in the message.

It is noted that soil samples and vegetation were tested in the scientific center, far Eastern branch Russian Academy of Sciences in Magadan. Accurate information on the findings will be obtained after all the research.

As reported, the scientists of North-Eastern Federal University in Yakutsk and Professor-permafrost from the University of Sussex (UK) Julian Murton went on an expedition in the Verkhoyansk district of the region for the study basin with the remains of the ancient flora.

In 2009 here were discovered the mummy of a baby Buffalo, a part of the carcass of the ancient horse, which is now kept in the Museum of mammoth of NEFU.

The basin is 7 km from the village of Batagay Verkhoyansk district, arose in the 1960-ies as a result of anthropogenic impact and the melting of ice. Reaches a depth of 90-100 m to one km.